Michelle Obama Beats Out Hillary Clinton for ‘Most Admired Woman 2018'

The poll released on Thursday shows that Obama took the number one spot, which Clinton had held for the past 17 years.

Not only did Clinton lose her top spot, but she ranked third behind Oprah Winfrey who ranked second.

For the first time in 17 years, a woman other than Hillary Clinton has been named by Americans as the woman they admire most. Former first lady Michelle Obama, who finished second to Clinton three times and is currently touring to promote her recently released autobiography, won by a significant margin this year. Oprah Winfrey was second, with Clinton and Melania Trump next. 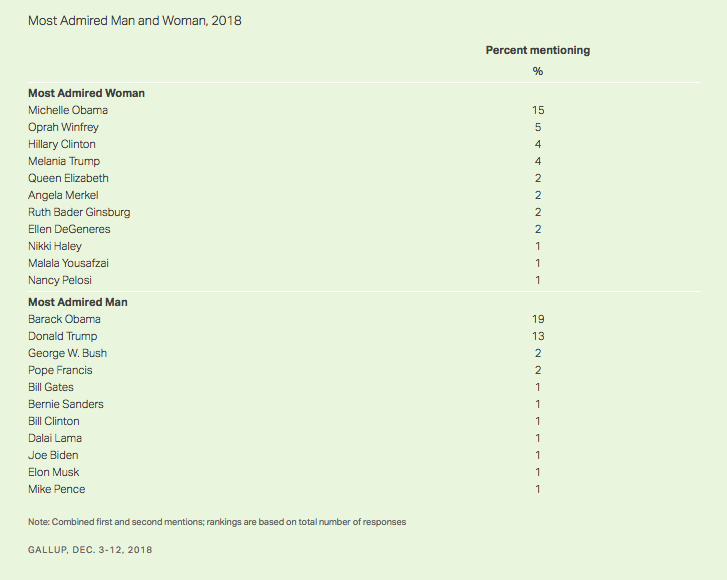 The annual survey was conducted Dec. 3-12 and asked Americans to name the man and woman they admire most.

Most Admired Man and Woman