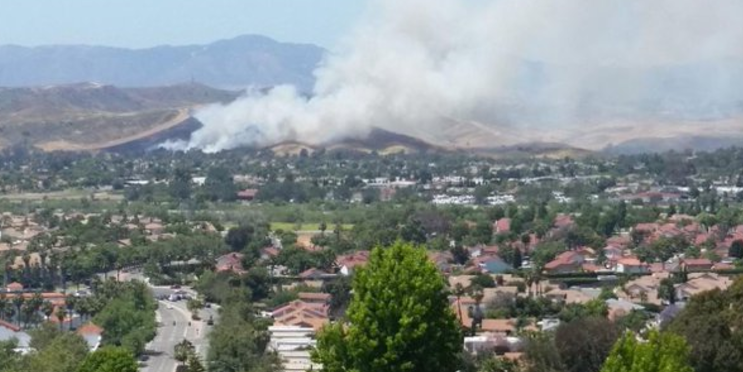 A man suspected of setting a fire that grew to 85 acres at Marine Corps Base Camp Pendleton in Oceanside, Calif., last week plead not guilty at a court hearing on Tuesday.

Jose Antonio Torres, 35, has been accused of sparking a fire south of the Marine Corps base near Oceanside Municipal Golf Course last week.

Witnesses say they saw a man run through the golf course and moments later they saw a fire start up, according to NBC 7 San Diego. They soon called 911 to report flames and thick, heavy smoke.

Thanks to everyone involved, no buildings were damaged and no civilians were hurt in the fire.

While pleading not guilty, Torres appeared to be "very nonchalant" about the arson charges, the local station reports. It was later revealed by the prosecutor that Torres had a lengthy criminal history, including assault charges in Los Angeles.

Torres’s bail was initially set to $75,000. After learning of his criminal record, the judge increased it to $175,000. He is due in court again later in June.