Krauthammer: Trump Heard the Reagan Democrats When 'Nobody Was Listening to Them' 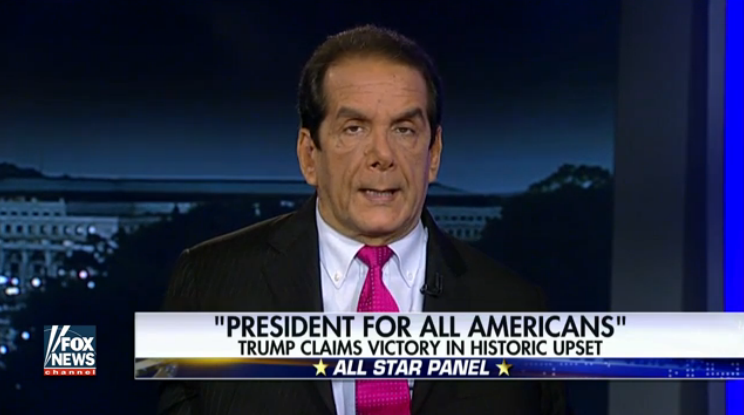 He said in an appearance on “Special Report with Bret Baier” that Trump “deserves all the credit” for the "historic, amazing" accomplishment.

Krauthammer argued that Trump tapped into a voice that was largely unheard by politicians on both sides of the aisle: that of the Reagan Democrats.

“There’s no question that what Donald Trump did was historic, amazing, and he deserves all the credit for it,” said Krauthammer. “As Paul Ryan said, he was the only one that heard the voice out there, and that was … the Reagan Democrats, the old white working class that Reagan had corralled, [that] had gone away and nobody was listening to them.”

“He tuned into that and that's how he won the election," he said.

Krauthammer added that Clinton was also responsible for Trump’s election by being “probably the worst candidate possibly one could imagine.”

Check out the rest of his commentary below.

The Special Report with Bret Baier