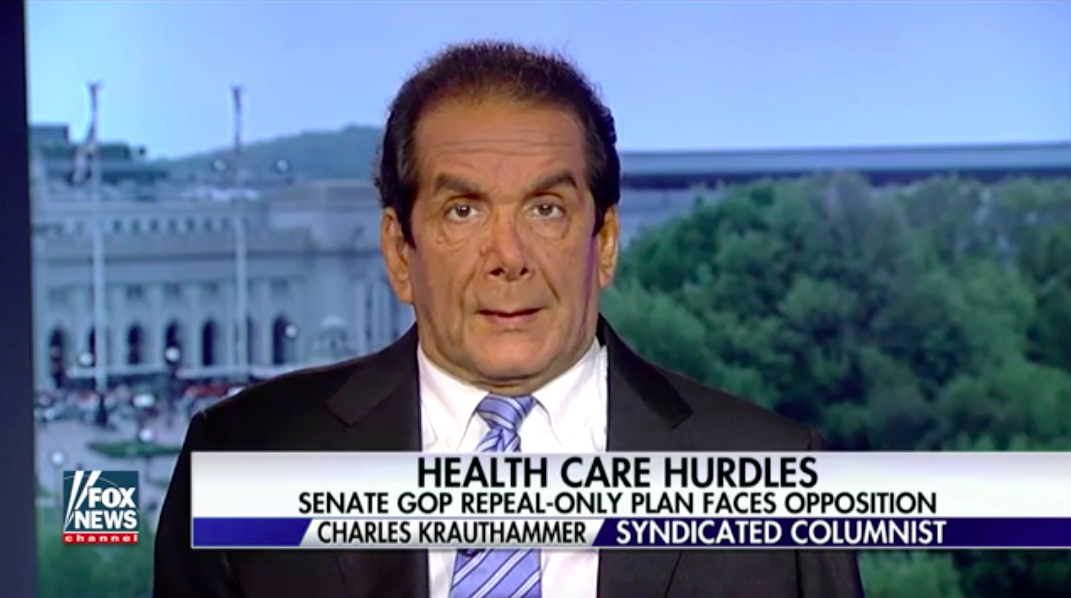 “This is seven years of argument gone down the drain,” Krauthammer continued, “and I think they’re at the end of the road, at least in this phase.”

Krauthammer argued that there are three reasons why the bill failed:

First, "you almost never can retrieve" an entitlement once the government hands it out, “which is what ObamaCare did.”

Second, there was no leadership from President Trump, who failed to make the case for the bill.

Third, there’s a clear divide on the issue of Medicaid between the moderate and the conservative Republicans in Congress.

On Senate Majority Leader Mitch McConnell’s plan to vote for a straight repeal of ObamaCare, Krauthammer called it a “bluff” that doesn’t stand a chance of passing.

President Trump on Tuesday said that he was very disappointed, adding that “it’ll be a lot easier” to let ObamaCare fail.