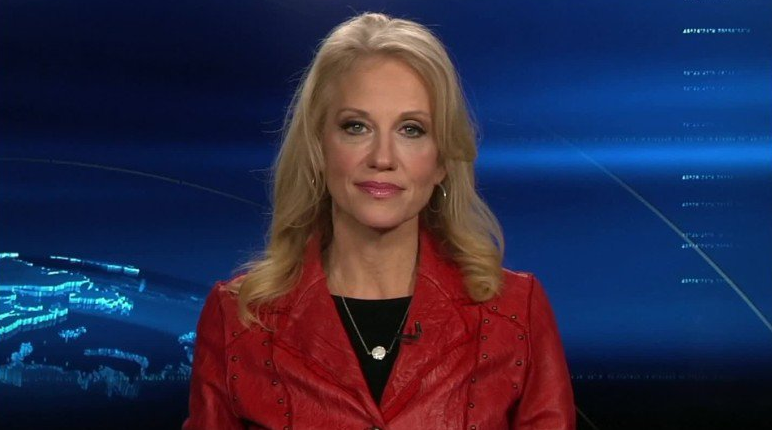 In light of recent demonstrations at airports and violent protests on college campuses across the nation, top adviser to Donald Trump, Kellyanne Conway, is pointing toward the media and its “negative” coverage of the President.

Conway said in a Friday radio interview with host Sean Hannity that the media’s “disrespectful” coverage of President Trump and his main spokespeople is “encouraging people to go out there and unpeacefully protest.”

"The coverage never changed, it never progressed, it never matured," Conway said, comparing the media’s coverage during Trump’s campaigns to the coverage now with him as President. "It never took on the aura of respect that it deserved, and if you are not showing the President and his main spokespeople respect, then you're not showing the office respect, and you are inciting mob mentality if not mob violence.”

“You are encouraging people to go out there and unpeacefully protest and block airport entrances for people who are going to visit a sick parent and can't make their flight, or are going for a bereavement call and can't make their flight," she continued. "There's nothing peaceful and nothing Democratic about folks who are out there just trying to re-litigate the election and protesting things they know nothing about."

"If you surveyed these protesters, I guarantee you, you'd have a very low level of literacy when it comes to 'why are you here, what does that executive order do and what does it not do?'" Conway added.

The Counselor to the President called the media’s coverage “disrespectful” and “unacceptable,” no different than the coverage that took place back when he was campaigning.

"I only care, Sean, if people are being disrespectful to the President of the United States,” she said. “That is unacceptable. I was raised to respect the Office of the President and its current occupant no matter who it's been, and I just think you can't really show a difference in the coverage of Donald Trump among some of these outlets and some of these reporters and tweeters, between when he was running for president, when he became the nominee for the Republicans, when he was the President-elect, and now when he's President."

Listen to her full remarks below.