Are women really "Ready for Hillary?"

On Thursday September 10th, the Clinton campaign made a stop in the battleground state of Ohio to speak on women's issues in downtown Columbus.

Hillary brought with her the same old "We can build an America" rhetoric that addresses no specific plans of how change will be implemented.

Here is a screenshot of the empty hall tweeted out by WaPo's Karen Tumulty who was in attendance at the event today:

Not exactly a packed house for @HillaryClinton women's event in Columbus. pic.twitter.com/uDB4U0MZ8M

Fox News' Ed Henry was also in attendance, tweeting out two more photos of the hall: 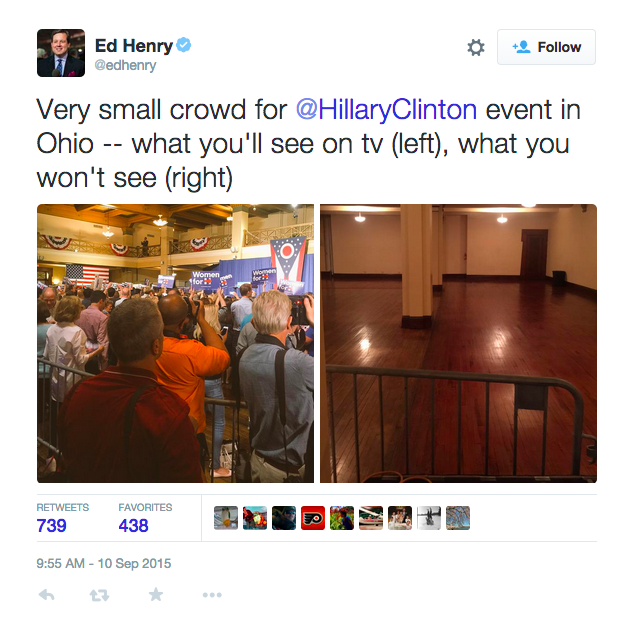