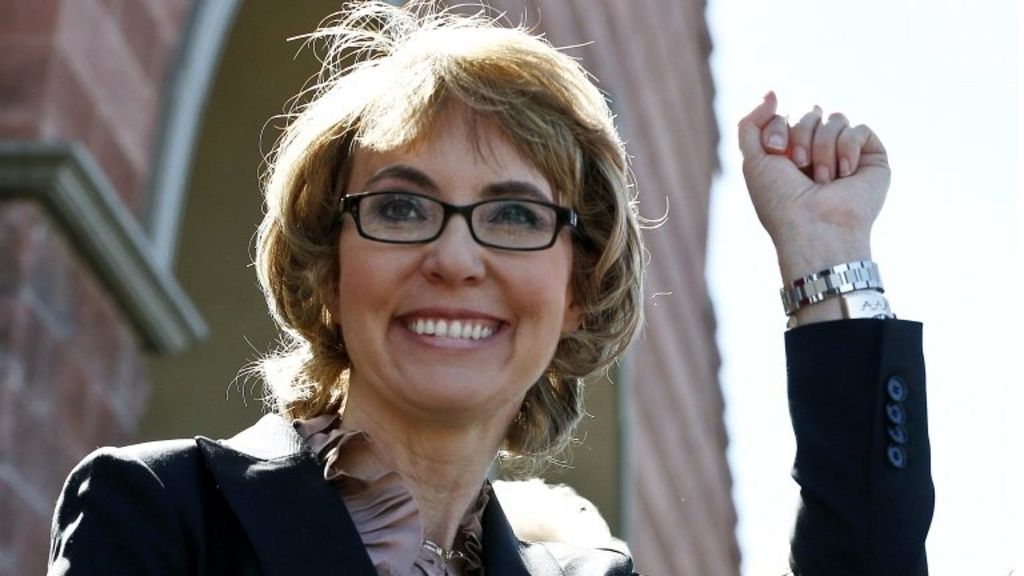 If you remember, Giffords was the victim of an assassination attempt in which she sustained a point-blank shot to the head and miraculously survived. Six other people were killed in the 2011 Tucson, Ariz. shooting.

Giffords addressed the crowd briefly, but was primarily there to show her support for Initiative 1491.

Initiative 1491 is a Washington State bill that would allow family members, members of a household or police to obtain a court order allowing authorities to temporarily confiscate guns of a person displaying mental illness, violence or other behavior that would indicate the person might harm themselves or others.

“We must never stop fighting! Fight, fight, fight. Be bold, be courageous. The nation is counting on you,” Giffords told the crowd.

The event came exactly one week after the Connecticut State Senate passed a bill that says a person’s gun could be confiscated if their domestic partner requests a restraining order because of domestic abuse.

Names such as former Microsoft Chairman and CEO Bill Gates and his wife Melinda, former Microsoft CEO and current L.A. Clippers owner Steve Ballmer and his wife Connie and venture capitalist and CEO of Pacific Coast Feather Company Nicolas Hanauer all contributed to the beginning of the gun control slippery slope by funding the 2014 Universal Background Check measure.

Those backers alone contributed a combined $3.46 million, according to Public Disclosure Commission records. Universal background checks were apparently not enough to control the use of guns.

If the Ballmer’s stay true to their word, their matching of donations will bring the total of just those donations to $398,000.

The slippery slope of attacks on the Second Amendment is ramping up in speed. While taking guns away from potentially dangerous people could be a good thing, what is to prevent gun control advocates from asking for gun confiscation for lesser reasons in the future?

The Second Amendment is in danger, and one thing is for sure: holding people accountable for their actions will take a back seat to removing the rights of law-abiding citizens -- all in the name of predicting crime that might not happen in the first place.