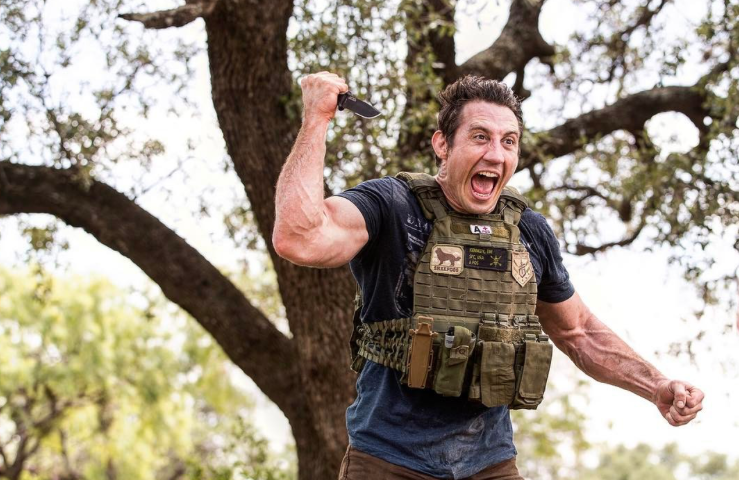 Some people talk tough. Former UFC fighter Tim Kennedy is backing it up.

The 37-year-old California native said that he has reenlisted in the U.S. Army Special Forces as a Green Beret after coming to the realization that the American military has been “reinvigorated” under the Trump administration. Kennedy also approved of the new defense regime when he praised Sec. of Defense Gen. James Mattis and National Security Adviser H.R. McMaster.

“I got hope again,” Kennedy said on ‘Fox & Friends Weekend. “The military — we got our teeth back.”

Kennedy announced his reenlistment a day after calling out the terror group ISIS on Instagram.

Dear isis, If you are lucky enough to kill a Special Forces operator, the possibility of us dropping the biggest non-nuclear bomb ever made on you should be the least of your concerns. There is a vengeance and wrath associated with the loss of one of our brothers. May God have mercy on your soul because we are coming and we will have none to give. Sincerely, The U.S. Military

“We have a reinvigorated, hopeful, beautiful military that is proud to be back on the team,” Kennedy said giddily. “I jumped out of a helicopter last weekend, raised my hand and said I’ll protect the Constitution ‘cause I have people that will back me now.”

We all back you, Sergeant First Class Kennedy.

For video of Kennedy's 'Fox & Friends Weekend' interview, watch below: