Clintons On Clearance – Tour Closes With Tickets Under $10

If you saw “Avengers Endgame” at your local movie theater this weekend, the ticket prices where likely higher than several seats for the closing date of the Clinton book tour.

The Park Theater at the Park MGM resort and casino in Las Vegas, Nevada on Sunday night hosted the final stop to the parade of pain that was “An Evening With The Clintons.”

Ticket site Stub Hub had many tickets listed for under $10 as of Sunday. 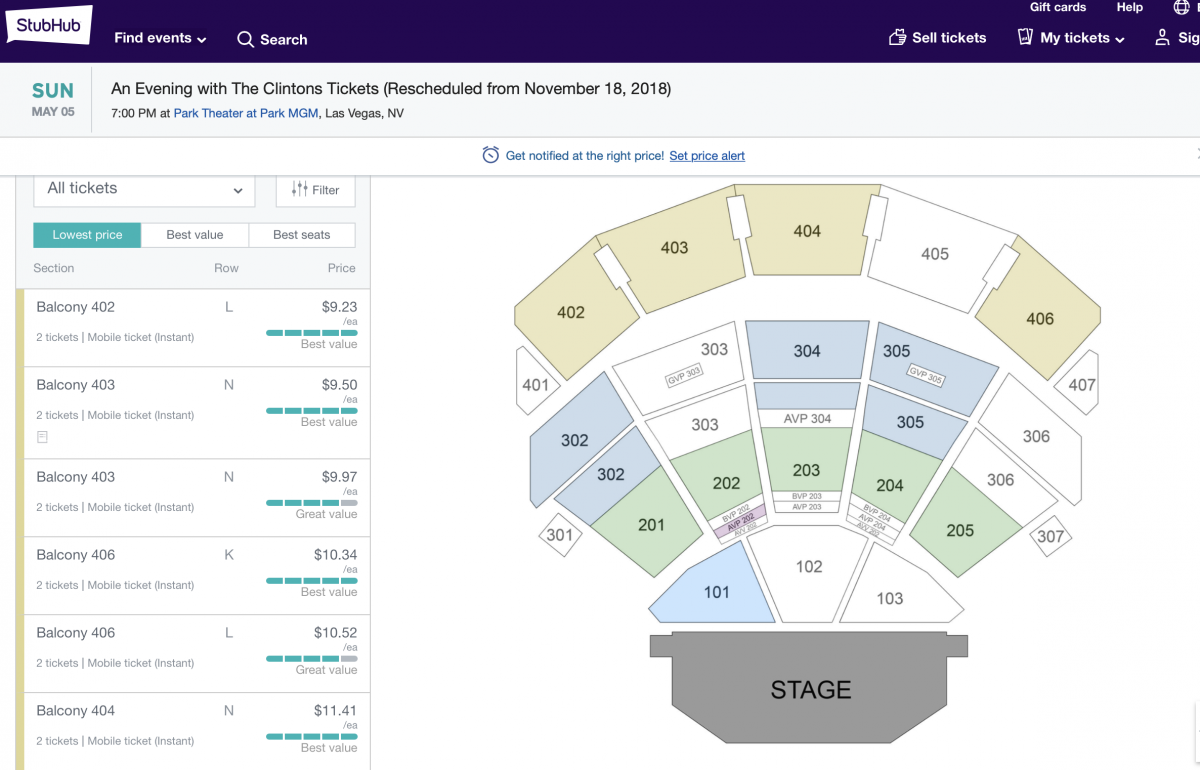 Live Nation described the Bill and Hillary show as the "opportunity to hear one-of-a-kind conversations.” Former politicians that can't close their mouths are such a desirable thing to witness, don't you think?

“The two will also provide a unique perspective on the past and share insight into where we go from here," according to the Live Nation website.

Where the duo did go - was a 13-city tour that struggled to find an audience since it was launched which saw ticket prices slashed in many cities.