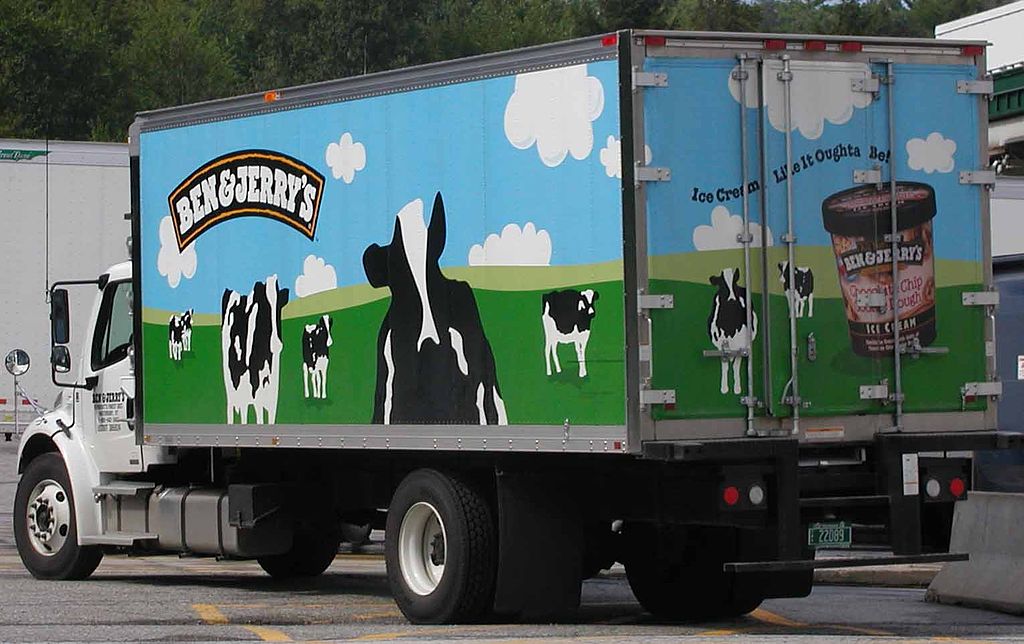 Ben & Jerry’s locations in Australia are banning customers from buying two scoops of the same ice cream flavor as part of their campaign in favor of gay marriage.

In a press release on Ben & Jerry’s website, the ice cream giant writes, “Love comes in all flavours! It’s time for Australia to legalise marriage equality.”

According to the press release, 72 percent of Australians support gay marriage; however, it is not legal in the country. To make a point about how it’s allegedly wrong to not allow two people of the same gender to marry each other, Ben & Jerry’s is making it so paying customers cannot buy two scoops of the same flavor ice cream.

Imagine heading down to your local Scoop Shop to order your favourite two scoops of Cookie Dough in a waffle cone. But you find out you are not allowed – Ben & Jerry’s has banned two scoops of the same flavor. You’d be furious!

But this doesn’t even begin to compare to how furious you would be if you were told you were not allowed to marry the person you love. So we are banning two scoops of the same flavor and encouraging our fans to contact their MPs to tell them that the time has come – make same sex marriage legal! Love comes in all flavours!

The press release claims that in all 26 Ben & Jerry’s locations across Australia, customers can write letters to their representatives demanding they support gay marriage before the beginning of the final parliamentary session.

“At Ben & Jerry’s we love love, and we think most Australians do too,” the press release continues. “More Australians than ever before believe everyone should have the right to love who they love – and marry them too, if that's what makes you happy. Let’s make it happen! Go to your local scoop shop to send a message to your local representative and tell them you support marriage equality!”

The sign features two gay cows, presumably in love. Because of course, cows can only be females. 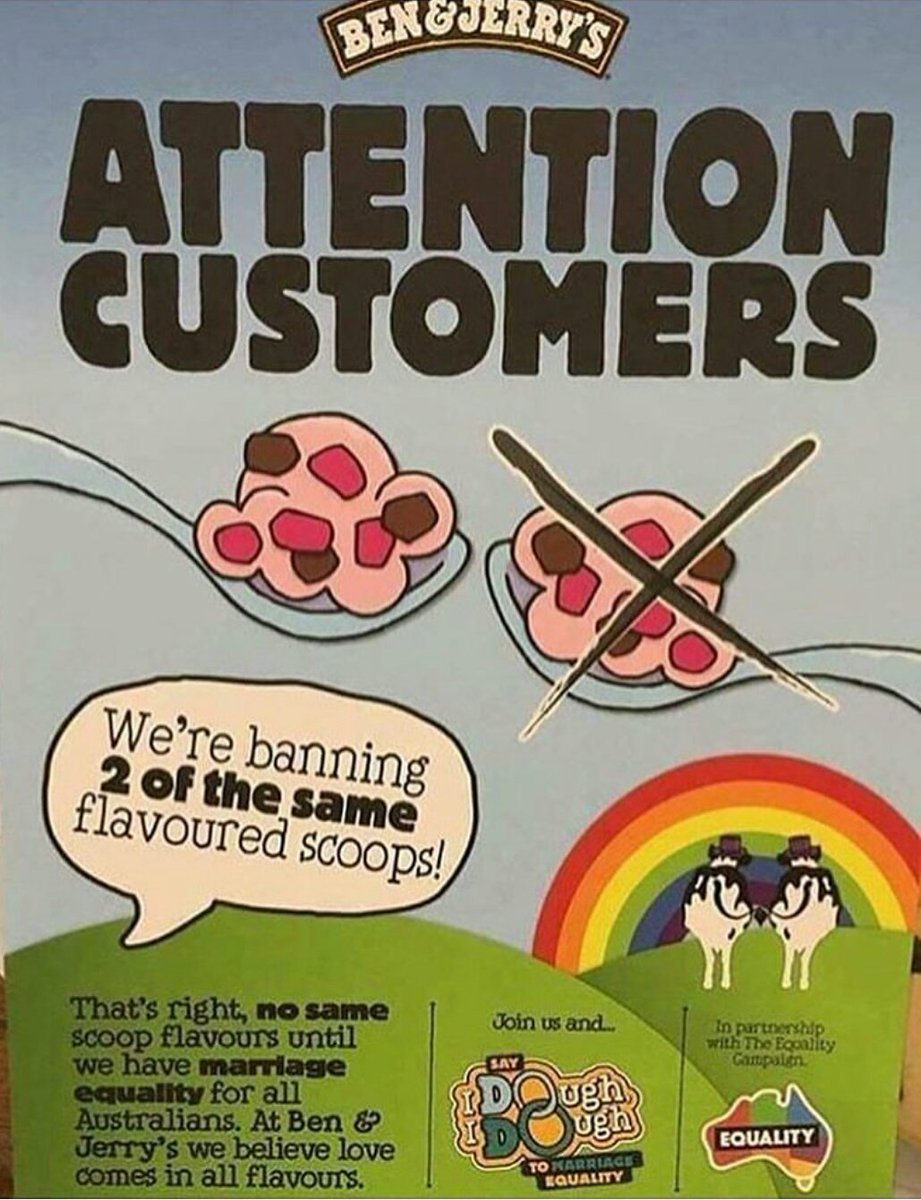