The nerds in Silicon Valley who like to tell you and label you a conspiracy theorist for claiming that the globalist elite are pushing for a “New World Order” or “Great Reset” have gone over the edge of stupidity and reached a whole new realm of dumb.

Because the G-20 is currently being held in Indonesia, people have been taking note of more globalist content than usual. Founder and host of the Timcast IRL podcast Tim Pool, among others, noticed that YouTube had slapped a Wikipedia — a “totally” trustworthy source — “conspiracy theory” label on the World Government Summit’s June 3 video which asked the question, “Are We Ready for a New World Order?”

The Wikipedia label states the following about the video:

The New World Order is a conspiracy theory which hypothesizes a secretly emerging totalitarian world government.

The World Government Summit video centered around an entire 27-minute plus segment talking specifically about the world’s readiness for what YouTube feels is a conspiracy theory and therefore not true.

Here’s a screenshot of the video with the “conspiracy theory” label: 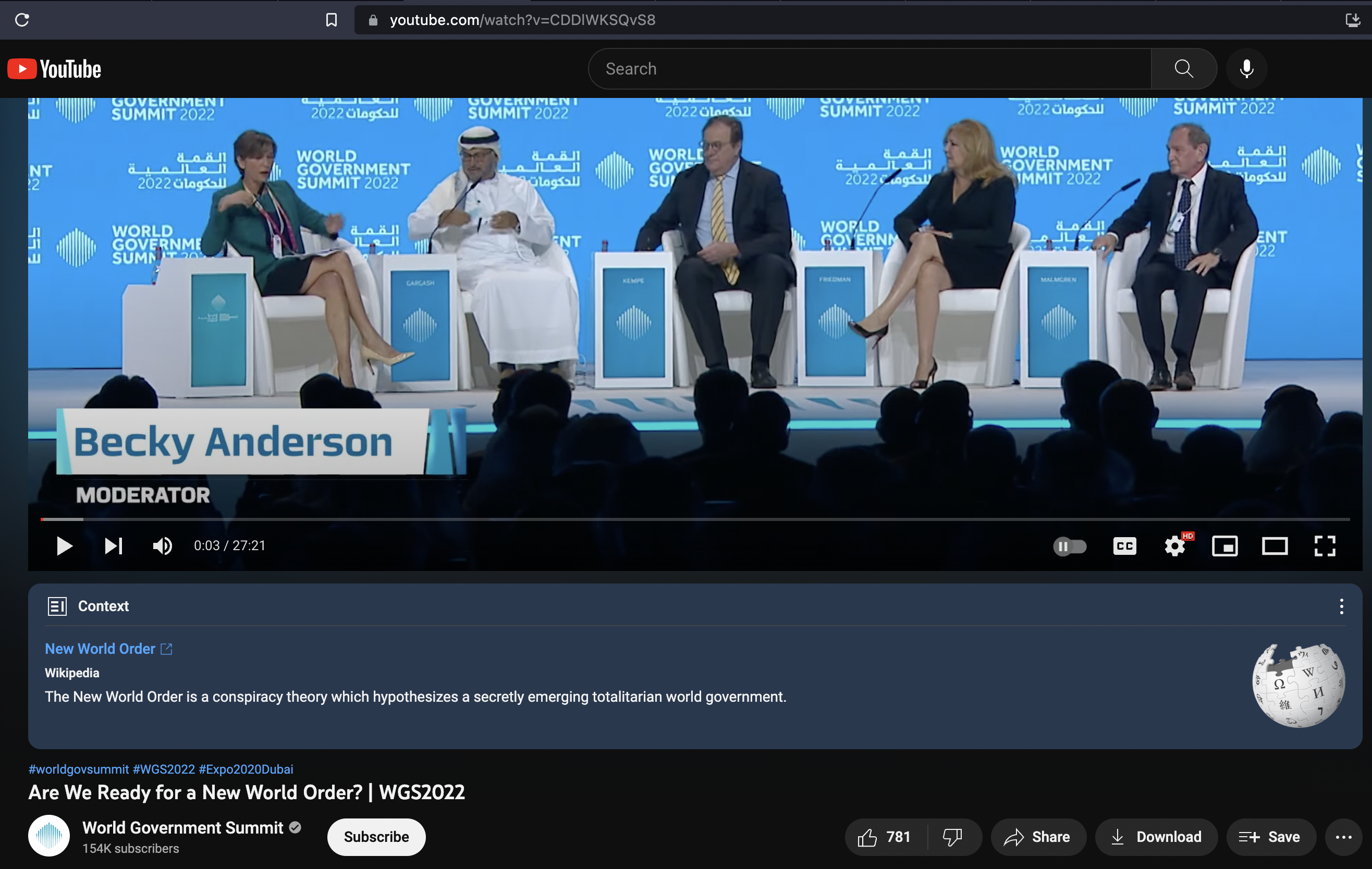 The segment was even moderated by CNN’s Beck Anderson, so who knows? Maybe it is a conspiracy theory if we take CNN’s track record of fake news into account.

YouTube literally doesn’t want you to believe your own eyes and ears.

Does the establishment media and the politicians that dictate to them know how to tell the truth? Do they do anything other than lie?

Join Nick Kangadis as he breaks down the most recent examples of how OUR media and government are currently lying to us. pic.twitter.com/Aj8W2nQSCL