With all of the cancelling going on towards anything that could even be construed as Russian, it was surprising to see a Big Tech platform censor — or in this specific case “flag” — a documentary looking into the history, both old and and more recent, of Ukraine.

As reported by the Washington Examiner and confirmed by simply searching and seeing for oneself, YouTube has placed a disclaimer on the 2016 documentary, “Ukraine on Fire.”

The film, executive produced by Academy Award-winning director Oliver Stone, briefly examines the history of Ukraine followed by an extensive deep dive into the details of the turmoil the country has been impacted with over the last decade or so.

According to the Internet Movie Database (IMDb):

Ukraine. Across its eastern border is Russia and to its west-Europe. For centuries, it has been at the center of a tug-of-war between powers seeking to control its rich lands and access to the Black Sea. 2014's Maidan Massacre triggered a bloody uprising that ousted president Viktor Yanukovych and painted Russia as the perpetrator by Western media. But was it? "Ukraine on Fire" by Igor Lopatonok provides a historical perspective for the deep divisions in the region which lead to the 2004 Orange Revolution, 2014 uprisings, and the violent overthrow of democratically elected Yanukovych. Covered by Western media as a people's revolution, it was in fact a coup d'état scripted and staged by nationalist groups and the U.S. State Department. Investigative journalist Robert Parry reveals how U.S.-funded political NGOs and media companies have emerged since the 80s replacing the CIA in promoting America's geopolitical agenda abroad.

How people feel about the information and the presentation of it is up to the individual viewer, but should have no bearing on whether the information should be readily available.

Here is a screenshot of the prompt that comes up when attempting to view “Ukraine on Fire” on YouTube: 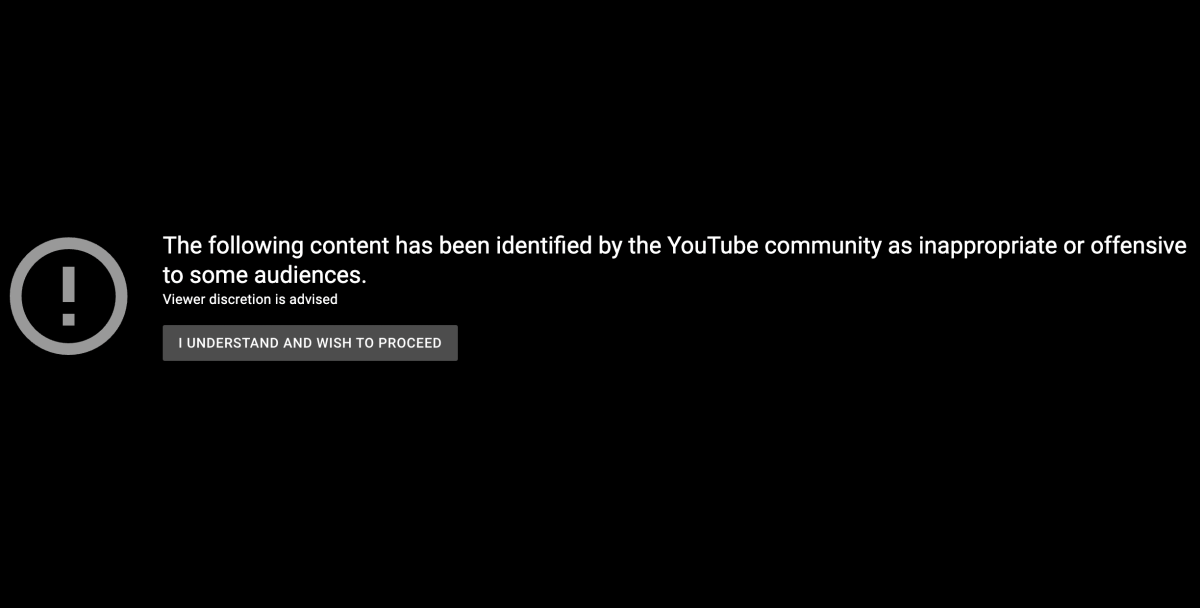 "YouTube's Policy Communications Manager Ivy Choi told the Washington Examiner that the documentary's violent content warranted the warning," Washington Examiner Social Media Producer Jenny Goldsberry wrote. "The video had been up for 10 months before the platform censored it."

Competing video platform Rumble tweeted out that YouTube had “removed” the documentary and that the producers of the film have uploaded the film to their platform.

BREAKING NEWS: YouTube removed @TheOliverStone's documentary, "Ukraine on Fire." We believe the public should decide what it sees, not Google execs. We're proud to announce the producers uploaded the film to Rumble, enabling anyone who wishes to view ithttps://t.co/aIqBs2zH4m

But, the film IS available to watch on YouTube through multiple channels as long as you click through the above prompt. There is a recent upload of “Ukraine on Fire” that can be seen without the prompt, but that might be because it’s a new upload and YouTube hasn’t caught it yet.

It doesn’t matter how you feel about Russia, Ukraine or the U.S. It should be incumbent on the viewer of materials to interpret them as best they can, while being free and able to view said materials in the first place.

In this information war, you’re either on the side of freedom of information or censorship.