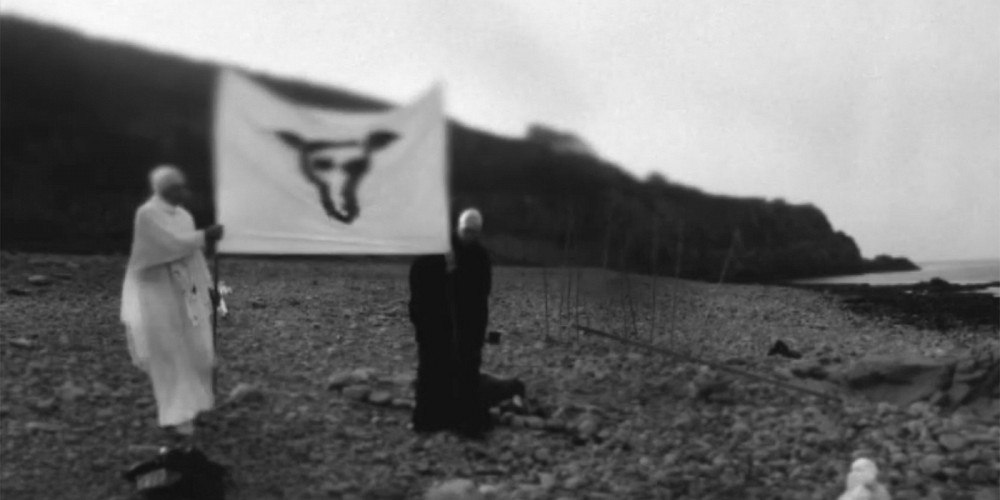 Upon its release, Ambiancé will be the longest movie ever released. How long? Thirty days.

You read that correctly. This movie will last for 30 days.

Swedish director Anders Weberg plans to release the film on Dec. 31, 2020. This movie is described as a story where "space and time is intertwined into a surreal dream-like journey beyond places."

In reality, it's two actors on a beach somewhere in Sweden, and it has no cuts.

For the record, I've watched ten minutes of the trailer in the background as I write this blog. So far, there is just surreal music, no dialogue, no color, no action, and no point -- that I can see, anyway. But what do I know? Weberg hopes his month-long film will be considered artistic and make a grand point about cinema.

Ambiancé is 720 hours long (30 days) and will be shown in its full length on a single occasion syncronised in all the continents of the world and then destroyed.

There will always be longer films and there is but this one will be the longest film made that doesn’t exist. A totally different thing.

This will be Anders last film he will ever make.

To celebrate this monumental achievement (?), Weberg has just released a 439-minute trailer for the movie. He plans on releasing an even longer trailer that will last 72 hours in 2018. Last year, he released one that lasted 72 measly minutes.

Here's the trailer, if you dare to watch: