Woman in Labor Casts Vote on the Way to the Hospital 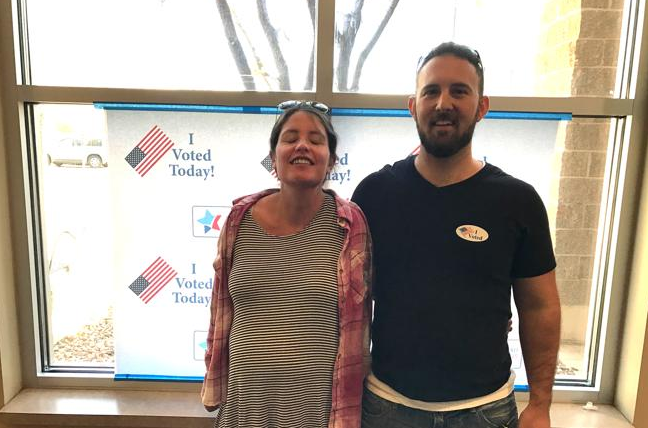 Talk about fulfilling your civic duty!

Colorado couple Sosha Adelstein and Max Brandel thought they were going to have an Election Day baby. At least, that’s when Adelstein’s due date said.

Adelstein went into labor around 1:30 a.m. on Friday, and the contractions apparently remained consistent throughout the morning, according to the Daily Camera.

When Adelstein and Brandel realized it was time to head to the hospital, they knew they needed to make one last stop before checking in -- and it wasn’t at Starbucks.

So on their way to the hospital, both Adelstein and Brandel stopped at the Boulder County Clerk and Recorder’s Office to drop off their 2016 election ballots, both fully filled out.

"We rushed over and voted, and now we are at the hospital," Brandel said.

Mircalla Wozniak, a spokeswoman for Boulder County, described the couple that came in clearly under special circumstances.

"They came in to drop off their ballots and sign the ballot envelopes," Wozniak told the Daily Camera. "The election judge could tell she was in labor."

When asked why they felt the urgency to drop off their ballots when they did, Brandel said:

It's really important for us to bring our girl into a world we are proud of. We hope people realize the risks inherent in this election and get out and vote.

Congratulations to Adelstein and Brandel for not only bringing a new bundle of joy into the world, but for understanding the importance of the democratic process.