Will Nobody Ask Josh Earnest About the White House’s Censorship of Pres. Hollande?

The White House claims the audio was lost “during the recording” of the event - that a “complete audio” version of the video is now posted, now that the omission is exposed.

So, why will no one with access ask Josh Earnest these three obvious questions:

The censorship of a foreign head of state is a big deal, especially when it comes to the matter of terrorism. These questions need to be asked. 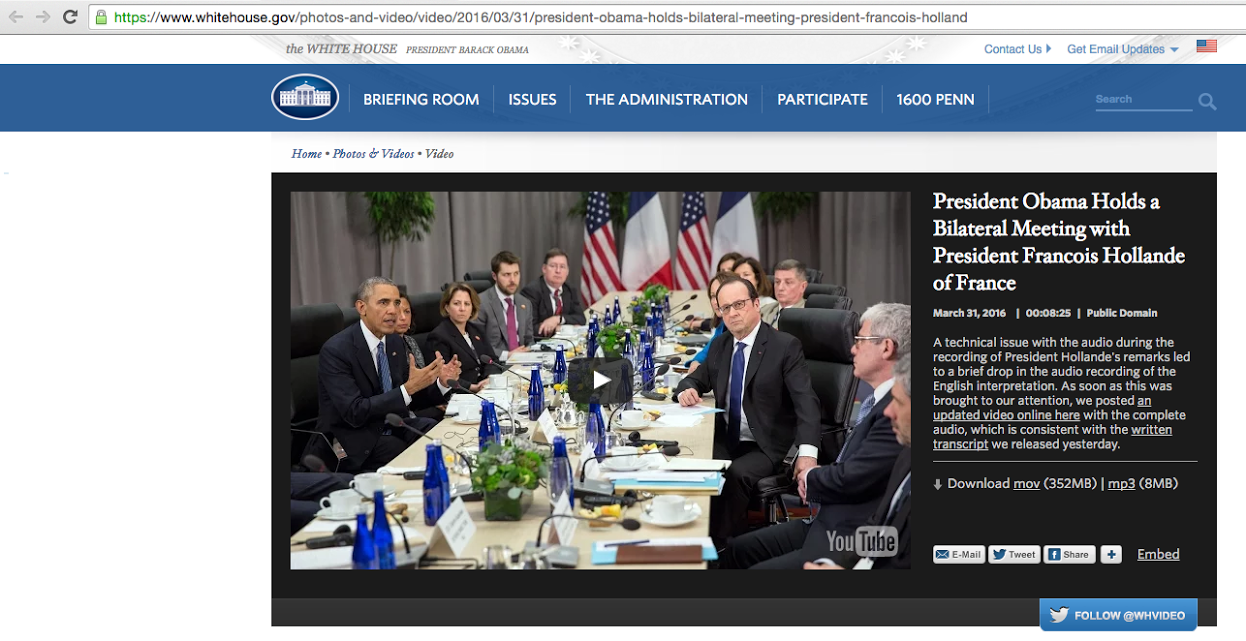