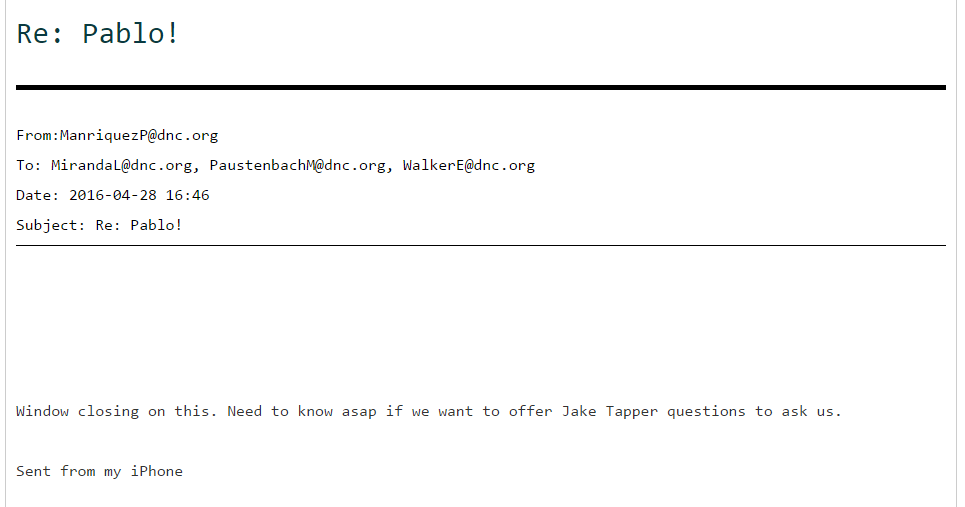 The recent Democratic National Committee email dumps released by WikiLeaks have already revealed the collusion between the DNC and the media -- and CNN, in particular.

In the latest batch of leaked correspondence, Jason Sehar, a CNN writer and producer for The Lead with Jake Tapper, is seen writing to DNC staffer Pablo Manriquez, asking, “Thanks for facilitating Luis coming on today, and bearing with us through a meelee of GOP nonsense and cancellations and all that. Any particular points he’ll want to make? We’re gonna stay Dem focused…”

Manriquez forwarded Sehar's email to three other DNC staffers, adding, “Window closing on this. Need to know asap if we want to offer Jake Tapper questions to ask us.”

If you have been following the WikiLeaks emails, none of this should surprise you. Donna Brazile was recently fired by CNN after emails were leaked proving she provided Hillary Clinton with questions ahead of a CNN-hosted debate with Sen. Bernie Sanders.

CNN stated, “We are completely uncomfortable with what we have learned about her interactions with the Clinton campaign while she was a CNN contributor.”

However, another newly leaked email from WikiLeaks shows the network itself may have colluded with the DNC in an email with the subject line “Trump Questions for CNN.” The email is from a DNC staffer to six other DNC staffers and states, “Wolf Blitzer is interviewing Trump on Tues ahead of his foreign policy address on Wed. Please send me thoughts by 10:30 AM tomorrow.” 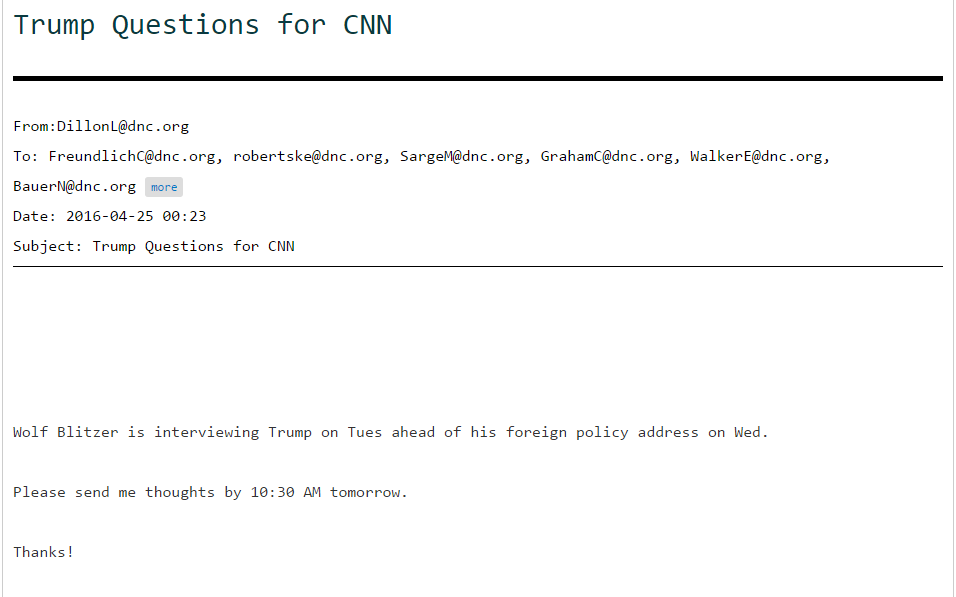 Just three days later, another email among the same DNC staffers with the subject line “Cruz on CNN” reads, “CNN is looking for questions. Please send some topical/interesting ones. Maybe a couple on Fiorina. Someone please take point and send them all together by 3pm.” 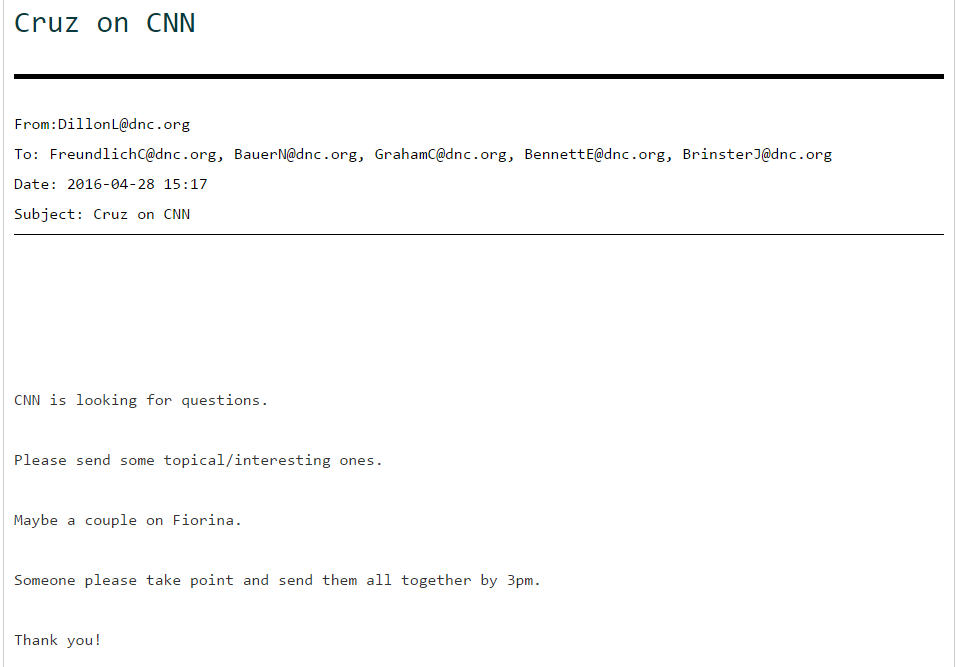