In a short paragraph, Nides wrote:

For what it’s worth. There is only one thing that needs to be done on this email thing. (Which I am sure nobody wants to do). Get a state dept career lawyer to go through all the emails and pull the official ones. I know all the reasons not to do it but it’s going to happen so we should do it. Btw you know as well as I every god damn cabinet officer and WH staff uses there gmail account! 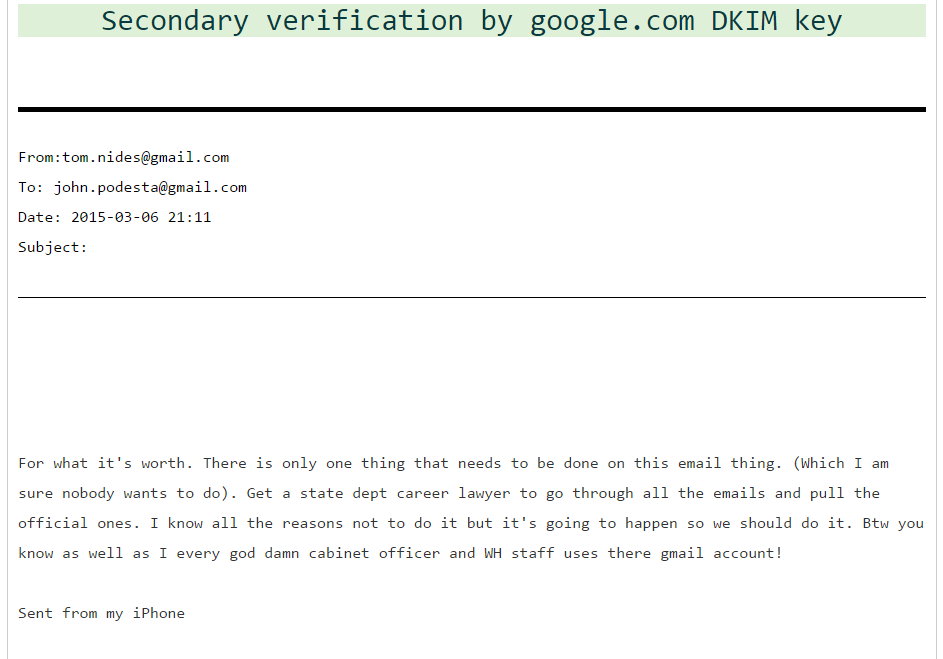 Nides, who worked in the State Department while Clinton served as secretary of state from 2011 to 2013, also suggests that everyone in the Obama administration is using a Gmail account to send professional emails.