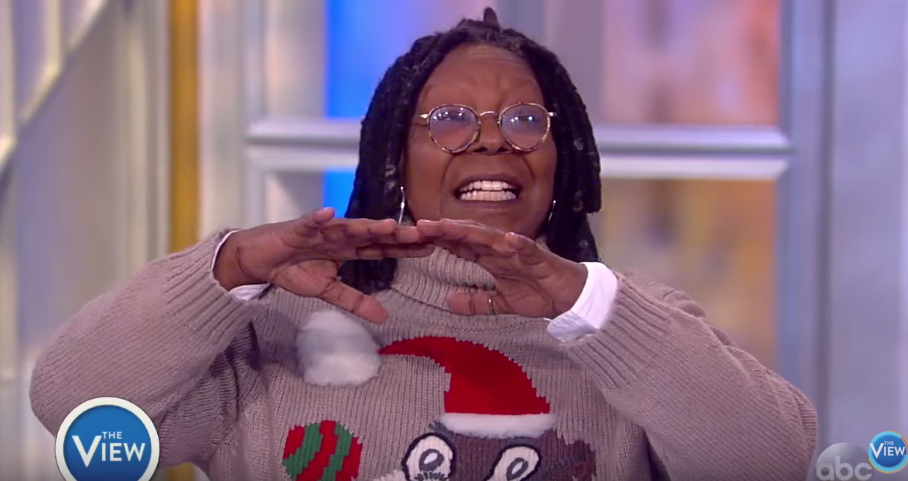 In a heated debate with her co-hosts on “The View” Tuesday morning, actress and comedian Whoopi Goldberg defended people who burn the American flag.

Goldberg argued that just because a person burns the flag "doesn’t mean they hate the country."

"People get angry and they burn things," she said. "That doesn’t mean they hate the country."

“I think whether or not you think it’s free speech or hate speech, I think it’s very controversial and for so many people, the flag represents everything that’s good about this country,” said Faris. “When you burn it, it is terribly offensive."

"If you hate this country so much that you want to burn the flag, then why don’t you just leave?" she asked.

"That's your interpretation," Faris replied. "It's like the one person at the dinner table who's just complaining about the food. If you don't like the food, that's fine. Just leave!"

"Why just leave? Why not just have something else that's on the table?" Goldberg responded, drawing applause from the audience.

Faris reiterated that she believes that every American has the right to burn the flag if he or she so chooses, but that it's extremely offensive, especially to the U.S. military and their families.

The fiery discussion began in reaction to president-elect Donald Trump’s tweet proposing that there be consequences for flag burning.