Whoopi Goldberg on Comey Firing: ‘It Feels Kind of Coup-y’ 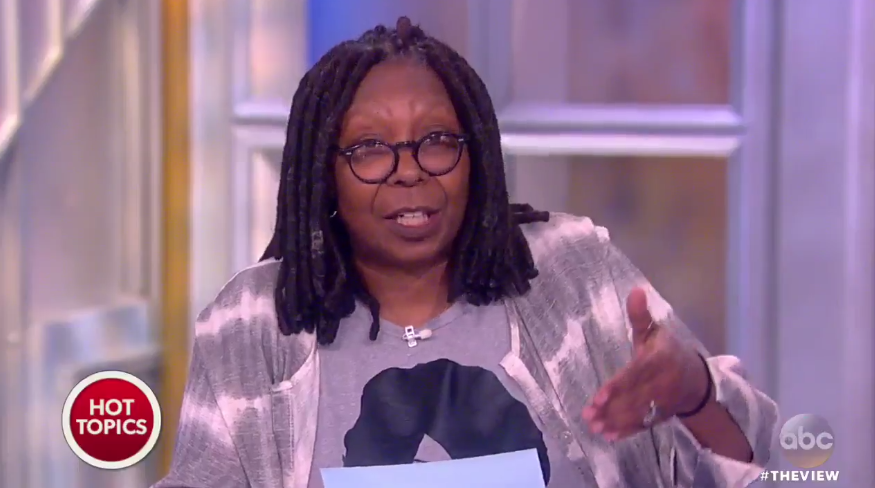 She said that his dismissal “feels kind of coup-y,”

“Does this feel like a coup to anybody? It just feels like a coup," Goldberg said. "First, the whole Justice Department got – everybody got gutted, all the things got gutted. It just feels — and he got all the generals — it feels kind of coup-y.”

“The View” hosts attempted to draw a connection between Trump’s meeting with Russian diplomats, Russian Foreign Minister Lavrov and Ambassador Kislyak, on Wedneday, and his decision to fire Comey.

Co-host Joy Behar went so far as to call the private meeting “treason.”

“Guess who’s missing from that room? The American press,” Behar said. “This is treason to me. This is un-American, unpatriotic. Americans should be furious!”

“Pay less attention to who’s going to leave or who’s not going to leave,” said Whoopi, saying that the focus should be on Comey's replacement, who will head the Bureau’s investigation into Russia and allegations of collusion with the Trump campaign.

Check out the segment below.

WATCH: The fallout continues — is Deputy Attorney General Rosenstein a scapegoat for James Comey’s firing? The co-hosts weigh in. pic.twitter.com/eIDK9t2Tf7