WHO? Sheila Jackson Lee Thanks 'Doug Moore' For His Alabama Victory

It appears Ms. Lee either wasn't paying attention or had a little too much champagne at Jones' victory celebration because...well, she totally forgot his name. Or just didn't bother to learn it in the first place. We're not sure.

Instead, the Texas congresswoman congratulated one "Doug Moore" on his stunning upset. 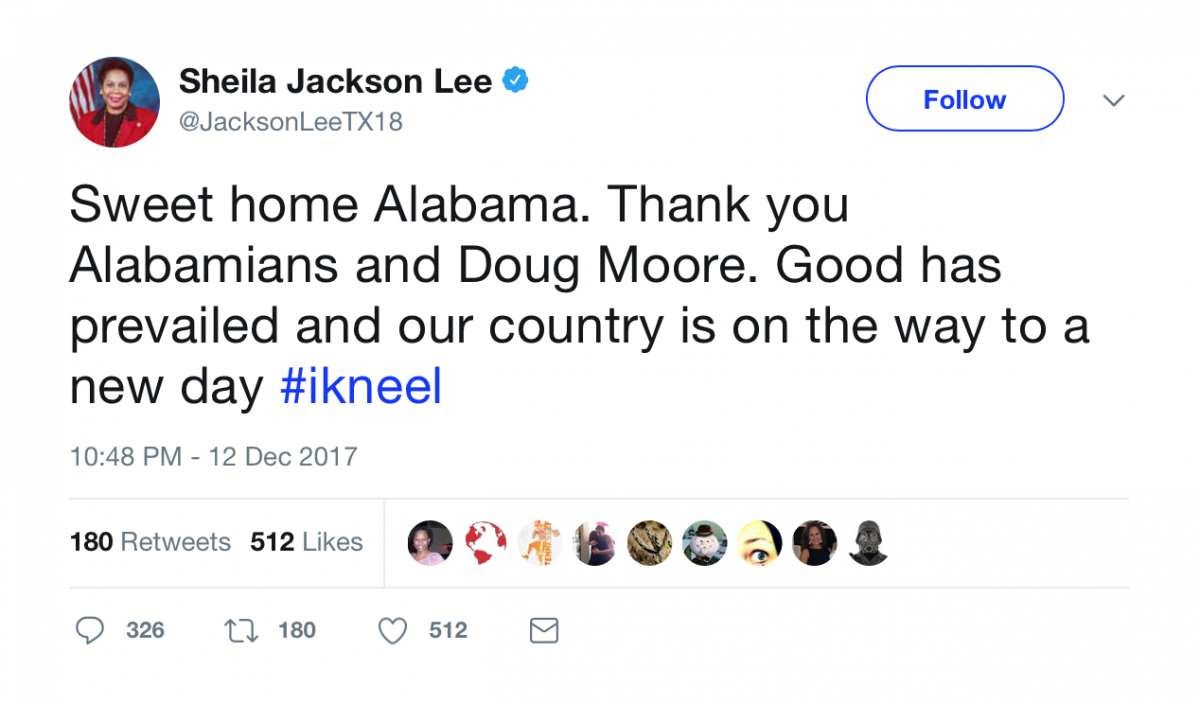 "Good" may have prevailed (not really), but basic brain function apparently didn't, as evidenced by the fact that Lee's tweet has remained posted for -- at the time of this writing, at least -- a full three hours.

And people sure are noticing her flub.

What’s really scary is she is in my neck of the woods. All prayers accepted

Not so fast, Shelia! Roy Jones demands a recount!

One actual Doug Moore was all too happy to accept Ms. Lee's thanks...though he wasn't quite sure what for.

Perhaps, if you're going to congratulate a winning candidate, fellow party member and soon-to-be congressional colleague, it might do you well to first learn his name.