White Female Pop Singer: 'I Have Experienced Being a Black Guy on Several Occasions'

If you were born after 1975, you may not.  But, in a recent interview, the 60's folk singer decided to chime in on race in the most bizarre way possible.

“When I see black men sitting, I have a tendency to go — like I nod like I’m a brother,” she said. “I really feel an affinity because I have experienced being a black guy on several occasions.”

The reporter obviously followed up on this and asked Mitchell how she figured that she had ever been a "black guy." Mitchell replied, "“Well, did you ever see the cover of Don Juan’s Reckless Daughter? That's me on the front.”

So, here's the cover of Don Juan's Reckless Daughter: 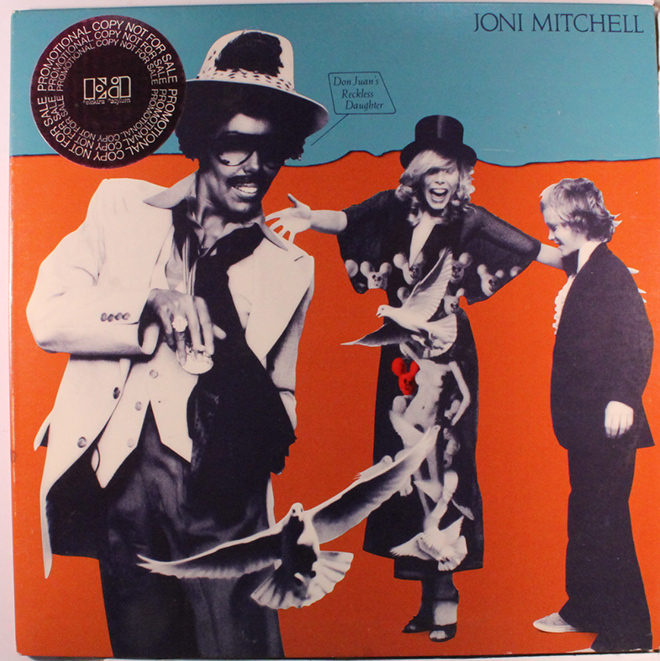 Joni is the black guy on the left.

Yup.  Apparently her experience being a black man involves her wearing blackface!

If she had said she was a black man in a former life, it would be less weird and offensive, but no one has ever accused Mitchell of being a candidate for a MENSA membership.