What Is The NPC Meme And Why is Twitter Banning it?

There's a new meme generating outrage and getting accounts banned from Twitter. It doesn't parody based on race or religion, yet strikes a unique chord of outrage cultural elites that's too powerful to ignore. This term is being framed by some leftist media outlets as dangerously "dehumanizing," similar to how there has been a recent attempt by left-wing media to reframe "Mob" (a completely non-racial term for a belligerent crowd) as a hateful term, with one commentator shocked at the use of "the M-word."

The NPC meme has its roots in video game terminology, where there are player-characters (PC's) controlled by people and then there are non-player-characters (NPC's) who are managed by the computer, whose speech, behavior, and reactions are entirely pre-scripted and manufactured.

As a result, the modern younger generations of Millennial and Gen-Z conservatives who grew up with video games have re-purposed this term to make fun of their opposition. In short, this meme controversy is conservative online misfits saying that their opposition are programmed to think whatever their Silicon Valley/Hollywood elites tell them to think. It's a harsh criticism, but its not exactly a call to violence. 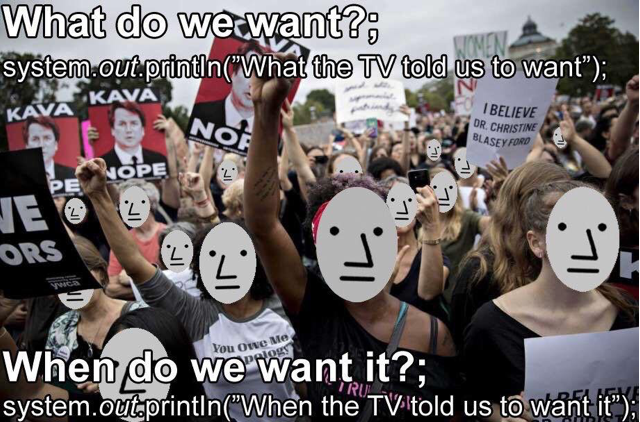 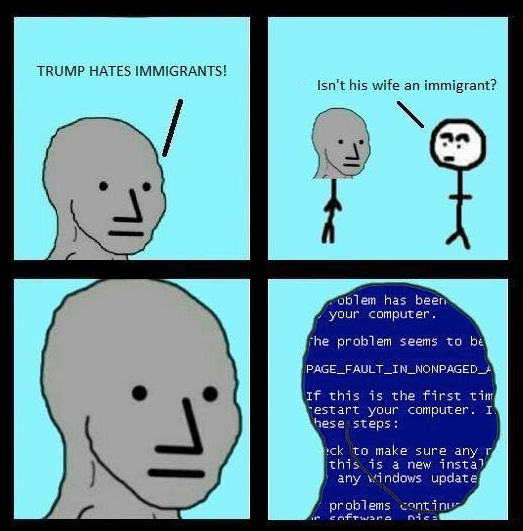 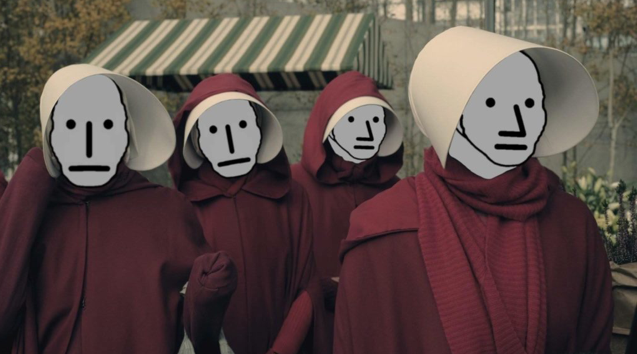 The New York Times phrased it succinctly by quoting Reddit user BasedMedicalDoctor when he said how NPC's are thought to be "completely dependent on their programming, and can't do or think on their own." Based upon the issues of extreme political correctness turning campuses into islands of ideological conformity, and social media who once praised themselves as platforms for freedom now seeing censorship as a moral responsibility, one can see why right wing internet users resent this hypocrisy.

The New York Times then summarized what brought this meme into mainstream consciousness and controversy:

Late last weeks group of users on r/the_donald, Reddit's largest pro-Trump forum decided to take the NPC meme to a wider audience. They created dozens of Twitter accounts using fictional NPC personalities with bios such as 'fighting against Nazi Racist Drumpf Fascist Cheetofinger.' What happened next is that they 'used these accounts to follow and tweet at one another, as well as at liberals, creating the semblance of an army of resisters mindlessly repeating anti-Trump talking points... the campaign began as a joke. But a few of the accounts started posting misleading information about the midterm elections, including encouraging liberals to vote on Nov 7. (Election Day is Nov 6.)... This was a bridge too far for Twitter whose rules prohibit giving out knowingly false voter information.'

It is worth noting that the New York Times writer in this article does not accuse these meme-users of trying to interfere with the election or being Russian operatives. All in all, what this NPC twitter mob seems to be is the online flash mob equivalent of a Sacha Baron Cohen or Eric Andre comedy sketch, where a comedian goes into a public space or interviews a public figure, pretending to be an outlandish character, testing their audience or guest to see at what point they will say their rhetoric is too crazy for them.

Is it dehumanizing to call somebody an NPC? Writers at the notably far-left gaming journalism website Kotaku have said as much:

NPCs have no agency; NPCs don’t think for themselves; NPCs don’t perceive, process, or understand; NPCs arrive at the same worldview not because it’s authentic to their experiences, but automatically. As a descriptor, it suggests that those to whom it applies aren’t even human, but are rather, functionally, robots, or clusters of computer code. That this has resonated as widely as it has is funny, but also a little scary.

While yes, calling your opposition mindless groupthinkers/brainwashed/phonies is an old genre of insult, some writers are acting as if this is a new and uniquely sinister development. But put this in context and note how Joe Biden called Trump supporters the "dregs of society," or Hillary Clinton called Trump supporters "deplorables" (both of whom were and still are seen as "Presidential") and how many online leftists refer to online opposition as "Russian bots"/"Russian hackers" because they don't want to acknowledge that their opposition have rational reasons to disagree.

The noteworthy fact however is that this concern about insults only really began when conservatives became as good, or possibly better than the left at making satire about their opponents. Twitter has reportedly proposed the ban of all "dehumanizing" content. For Twitter's famously left-leaning staff to be allowed to ban any insults they judge to be "dehumanizing" would be giving them a free pass to selectively enforce censorship of conservative satire. Keep in mind the recent incident when Candace Owens was censored for taking an anti-white diatribe from NYT journalist Sarah Jeong and making it about other races. Openly hating white people passed the censors, but expressing that rhetoric about other people got black conservative activist Candace Owens banned for illuminating the hypocrisy.

The risk of Twitter banning people for "dehumanizing" insults could translate to removal of conservative critiques of leftists while allowing leftists to have a monopoly on critiquing right-wingers unopposed.