In yet another show of support for child abusers of one variety or another, the social media gestapo at Twitter suspended the relatively new “Gays Against Groomers” account Wednesday morning.

The group began to gain notoriety in late June, and because of Twitter’s reported crackdown on the term “groomers,” which they deemed a slur despite being a term that calls out pedophiles and sympathizers of pedophiles, one would have to assume that was a reason for the suspension in lieu of any publicly reported cause for the move.

While X Strategies Senior Digital Strategist Greg Price noted the suspension, yours truly can confirm that the account is currently under suspension, as of this writing.

BREAKING: Gays Against Groomers has had their account permanently suspended because how dare gays be against groomers. 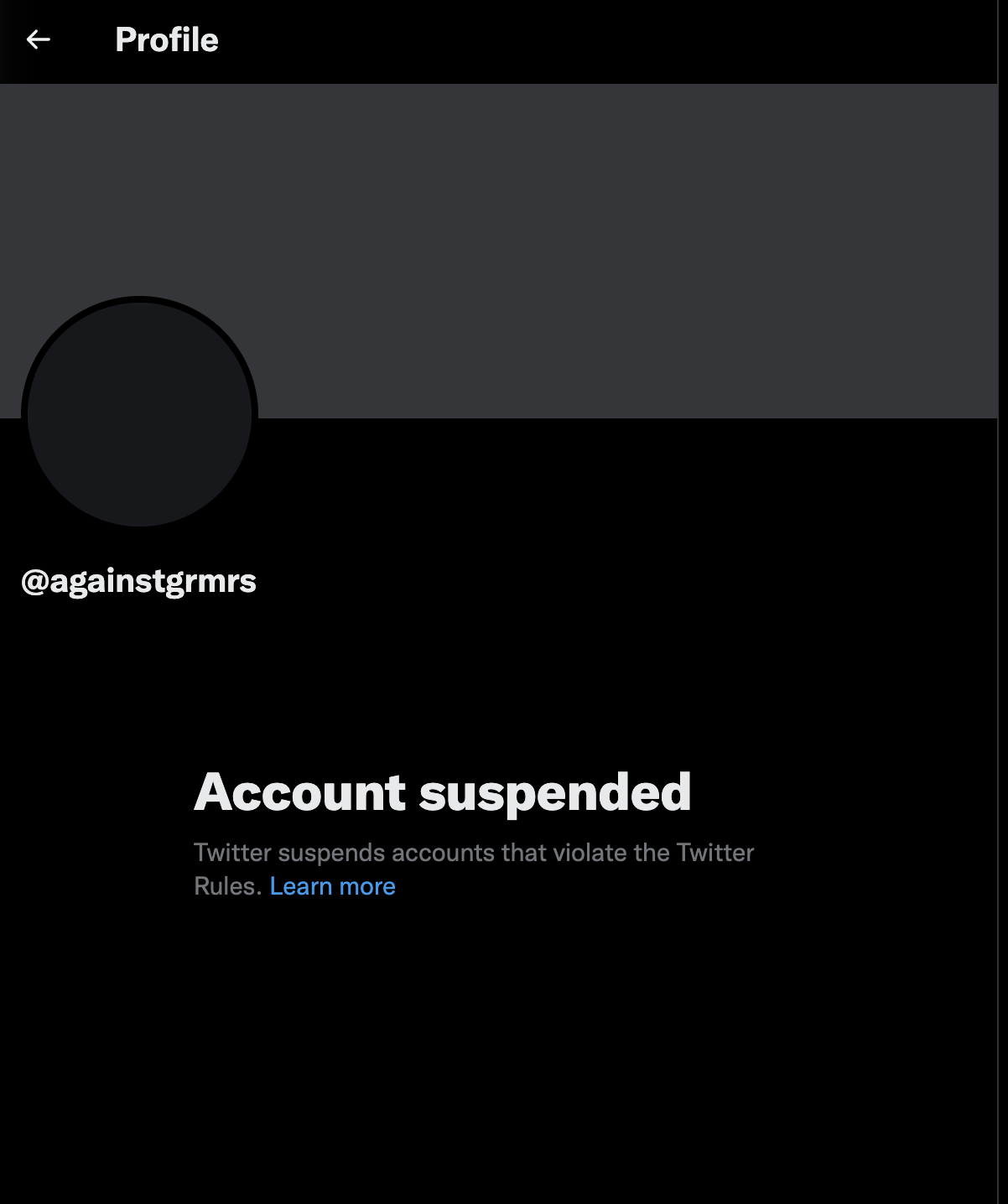 On June 29, the Gays Against Groomers account sent out multiple tweets explaining their stance and purpose. Here are some quotes from the tweets that currently can’t be read on Twitter as a result of the suspension:

“Our community that once preached love and acceptance of others has been hijacked by radical activists who are now pushing extreme concepts onto society, specifically targeting children in recent years.”

“Gays Against Groomers directly opposes the sexualization of children. This includes drag queen story hours, drag shows involving children, the transitioning and medicalization of minors, and gender theory being taught in the classroom.”

“When fighting for equality, our goal was to successfully integrate ourselves into society, but now these radicals aim to restructure it entirely in order to accommodate a fringe minority, as well as seek to indoctrinate children into it their ideology.”

There are millions of gays within the community that want nothing to do with the Alphabet religion and join the fight with parents and concerned people everywhere to protect children. We also aim to return sanity and reclaim the community we once called our own.”

This latest suspension on their platform just further exposes the employees of Twitter as, at the very least, excusers of behavior that would normally and justifiably put people in jail. All you have to do is be a member of the establishment or the left in general in order to avoid the wrath of the “Twitterati.”

Twitter is censoring the term 'groomer' when it's used to label someone who indoctrinates small children with sexual topics.

So, @RealBrittHughes has a better term for these weirdos in the latest episode of The Brittany Hughes Show. pic.twitter.com/M4iMSWN6T1