WH: ESPN Anchor That Called Trump a ‘White Supremacist’ Deserves to Be Fired 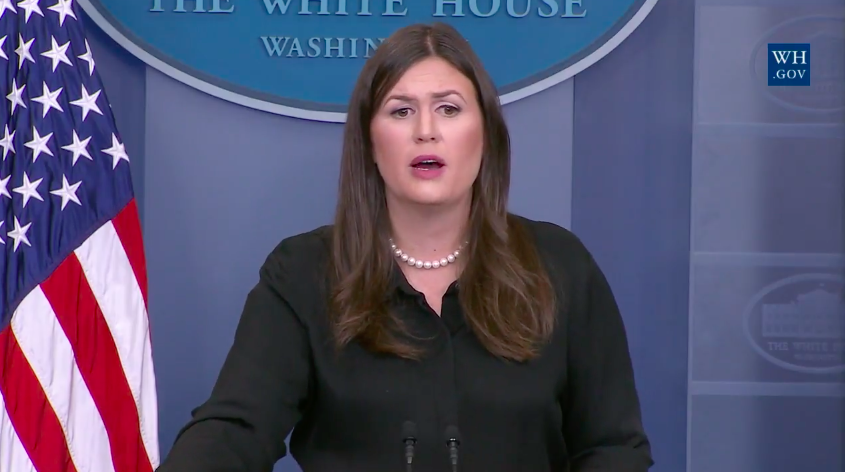 The White House on Wednesday said that the ESPN anchor who called President Trump a “white supremacist” and a “bigot” deserves to be fired.

White House press secretary Sarah Huckabee Sanders said that the comments made by Jemele Hill, co-host of “The Six” on SportsCenter, were “outrageous” and qualify as “a fireable offense.”

“That’s one of the more outrageous comments that anybody could make and certainly is something that I think is a fireable offense by ESPN,” Sanders said.

She defended Trump, saying that he is committed to working with the African-American community “to bring the country together.”

“I know that the President has met again with people like Senator [Tim] Scott who are highly respected in the African-American community,” said Sanders. “He’s committed to working with them to bring the country together. I think that’s where we need to be focused, not on outrageous statements like that.”

Hill wrote Monday night a series of tweets calling President Trump “a white supremacist,” “the most ignorant, offensive president” of her lifetime, and “a bigot," among other insults.

"Trump is the most ignorant, offensive president of my lifetime. His rise is a direct result of white supremacy,” read another.

“Donald Trump is a bigot,” she wrote. “Glad you could live with voting for him. I couldn't, because I cared about more than just myself.”

Hill even tweeted that if Trump "were not white, he never would have been elected."

ESPN distanced itself from Hill in a statement on Tuesday, indicating that her tweets “do not represent the position of ESPN.”

“The comments on Twitter from Jemele Hill regarding the president do not represent the position of ESPN,” the sports network said. “We have addressed this with Jemele and she recognizes her actions were inappropriate.”

ESPN did not specify whether there would be any punishment for Hill.