‘We Should Share’: Sean Spicer Thinks Melissa McCarthy Should Split Her Emmy with Him 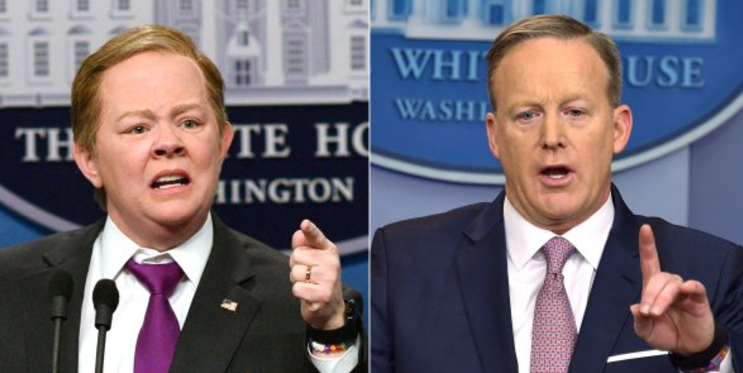 In an interview with The Blast, Spicer was asked whether he thinks McCarthy owes him part of the award.

With a healthy sense of humor, Spicer seemed open to the possibility of hosting SNL, saying that, "If they ask, we'll have a conversation."

McCarthy at the Creative Arts Emmys on Sunday won best guest actress on a comedy series for her work on “Saturday Night Live.”

Her impersonations of "Spicey" took the cake, with him even admitting that there were a “couple times” when he and President Trump watched the skits and "had a good time" of them.

“It was funny,” Spicer admitted.

Check out one of the famous skits below.