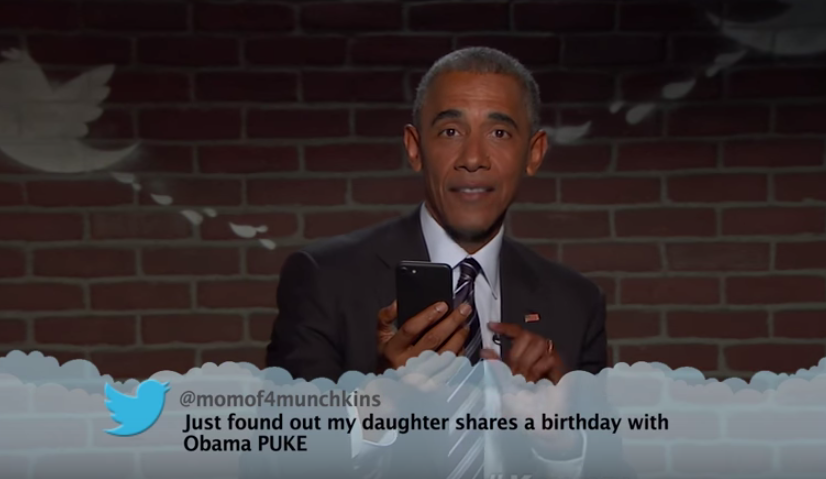 He agreed to do the infamous “Mean Tweets” skit where he read posts on Twitter of people criticizing, insulting, or making fun of him, such as, “Obama couldn’t negotiate getting a Whopper without pickles,” or, "Barack Obama dances how his jeans look."

One of the tweets chosen was from Donald Trump, of course.

It reads, “President Obama will go down as the worst president in the history of the United States!”

“Well, @realdonaldtrump, at least I will go down as a president,” Obama fired back.

Check out the full skit below.