We had unfortunate opportunity of attending the "Swarm The Capitol" protest, as it was referred to on the Impeachment March - Worldwide Facebook page, march outside the Hart Senate Office Building in Washington D.C. on Wednesday, and I just don't know anymore, folks.

We got to talking with a few people to try and understand their rationale of their rabid want to remove Trump from office. We heard everything from people saying that Russian president Vladimir Putin is the real president of the U.S. to a guy saying he hates Trump because an unborn family member of his won't have the right to an abortion.

It makes one wonder if some of the protesters actually know what impeachment charges Trump is facing.

You would think with as much information that's out there, people wouldn't be so far apart on the concept of reality. It's gotten to the point where people are just straight in denial, all because of their "totally unbiased" hatred of President Donald Trump. I guess that's what you get when you blindly believe everything the media tells you.

Anyway, don't forget to watch the video at the top. As usual, stay tuned to MRCTV for more impeachment coverage.

The march was sponsored by the Action Network, and "sponsored" by CPD Action (Center for Popular Democracy) and the Christian "social justice" group Faithful America.

According to the "Swarm The Capitol" event page on Facebook (link above), the following groups hosted the event: 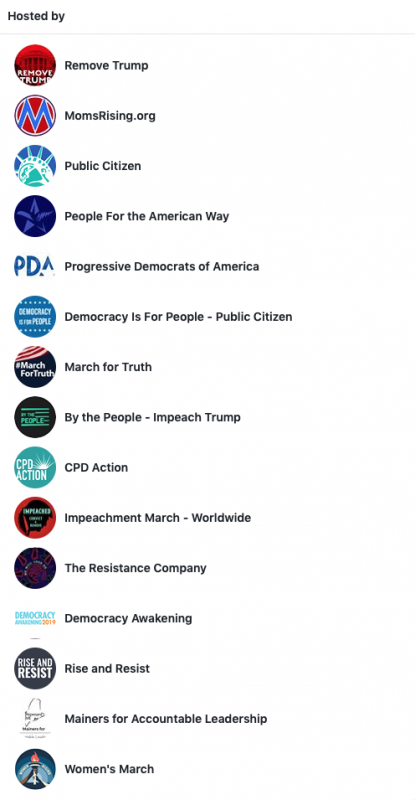