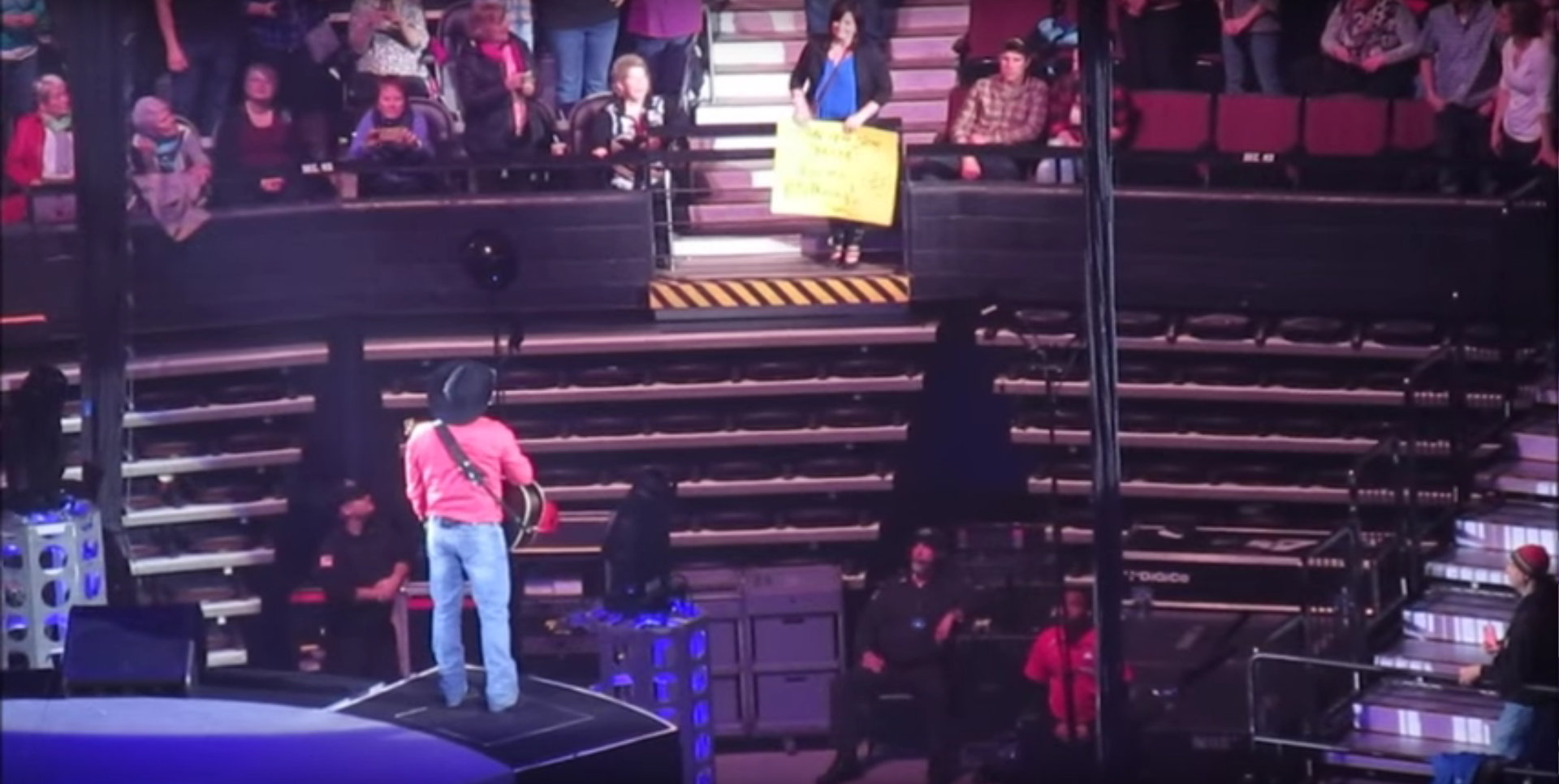 Country music star Garth Brooks has made a habit of taking a break during his shows to address signs he sees in his audience. In this case, the meaning behind one sign’s plea would touch the hearts of everyone present.

A fan named Sophie brought a sign to Brooks' show that read: “Can you sing ‘Mom’ for my birthday?”

At first, Brooks had his audience sing “Happy Birthday” to Sophie. But after learning more about Sophie’s story, he took it one step further.

It turns out Brooks' song “Mom” is especially meaningful to Sophie and her husband, who tragically lost their son, Antoine, at the young age of three.

“It should never go in that order. Where babies come from is where babies go to,” Brooks told her.

“So why don’t we sing this song?” he continued.

Brooks then sang a wonderful, heartfelt tribute to Sophie as if she was the only one in the entire stadium, proving he's nothing short of a class act who truly cares for his fans.

Get some tissues ready and watch Brooks' amazing gesture in the video below: