Planned Parenthood Held a 'Storytelling' Fundraiser, and It BOMBED 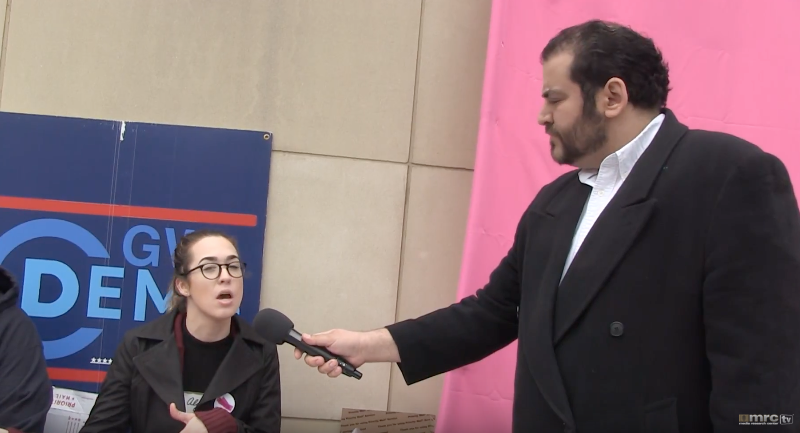 How about that turnout, huh?

Planned Parenthood, in conjunction with George Washington University (GWU) College Democrats, hosted a “Storytelling” event in Washington, D.C.’s Kogan Plaza on Monday, where they planned to accept donations while allowing supporters and fellow college students to proclaim why they support the No. 1 abortion provider in the U.S.

And it tanked. I mean, royally.

Here is a screenshot of the event page on Facebook from the day before the event: 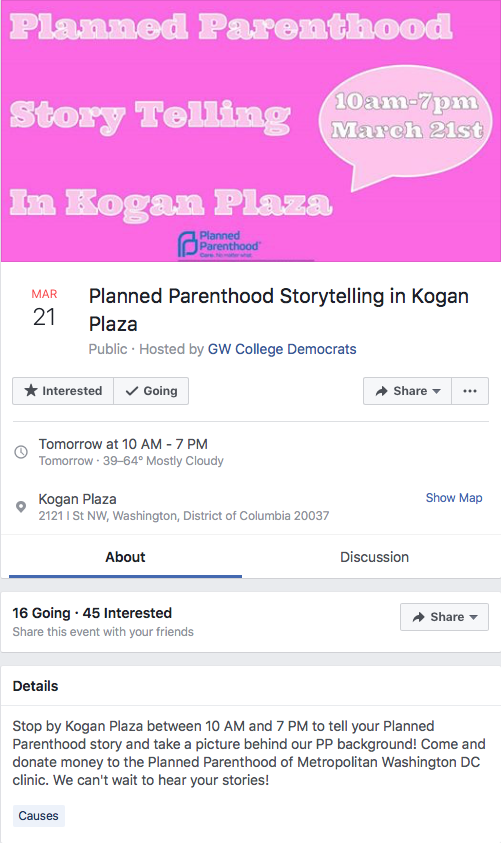 When the MRCTV crew arrived at the event, there were literally three people there. But one of the organizers told us that they were hoping for a lot of interest, and donations, in the form of  student walk-by traffic.

The event ran for seven hours, and it seems like it was more of the college social issue information table variety rather than one of the more medium-to-large scale demonstrations that we typically encounter.

While the event was organized to raise awareness and money for Planned Parenthood, Belknap said that they didn't want to set a fundraising goal in case those that came to show their support for the organ-selling organization didn't have any money. However, Belknap did say that she was expecting at least a couple hundred dollars' worth of donations.

Whatever the final tally was, it couldn't possibly cover the cost of -- or compare to -- the 323,999 abortions Planned Parenthood performed in 2014.

In fact, it probably didn't even pay for the table.

For coverage of the event, watch below: