Acosta tweeted out video of Secret Service taking his White House press pass, which can be seen below.

White House Press Secretary Sarah Sanders confirmed the suspension of Acosta’s press credentials. Tweeting out that they stemmed from his "placing his hands on a young woman just trying to do her job as a White House intern." The incident occurred as the intern was trying to take the microphone from Acosta to hand it to the next reporter asking a question. 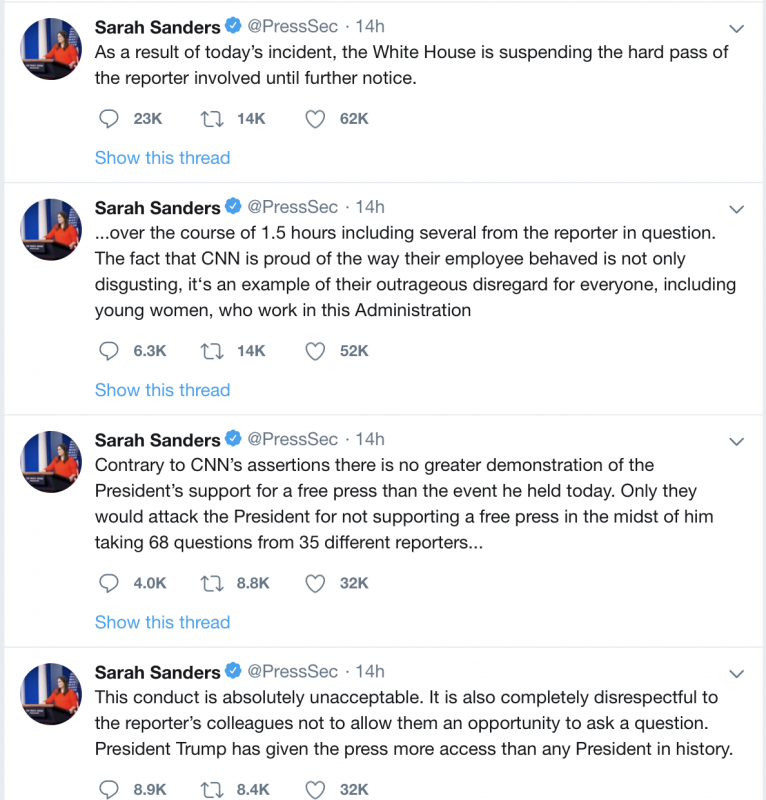 Despite video of the incident with the female intern (see below), Acosta has tweeted out “Don’t believe the lies coming from the White House.”

“I didn’t put my hands on her or touch her as they are alleging,” Acosta said during an appearance on CNN Wednesday night.