Watch: Buttigieg – We’re 'All Lifted Up’ With Abortion Stories

Democratic presidential hopeful Pete Buttigieg claimed “We were all lifted up” by stories about abortion at a Planned Parenthood event on Sunday.

At an event in Nevada, a woman told the crowd about her abortion in college, then former mayor Pete took the stage.

“Thank you for sharing your story. I think that it takes some courage to do that. And it makes a huge difference because I think it helps everyone to understand not just your exercising the freedom to pursue your dreams, but also the freedom that's made it possible for you to turn around with your education and contribute to others by being in your field. And it's a reminder of how we are all lifted up when we honor individual freedom and support women's reproductive rights. So thank you for lifting your voice up for that” Pete said. 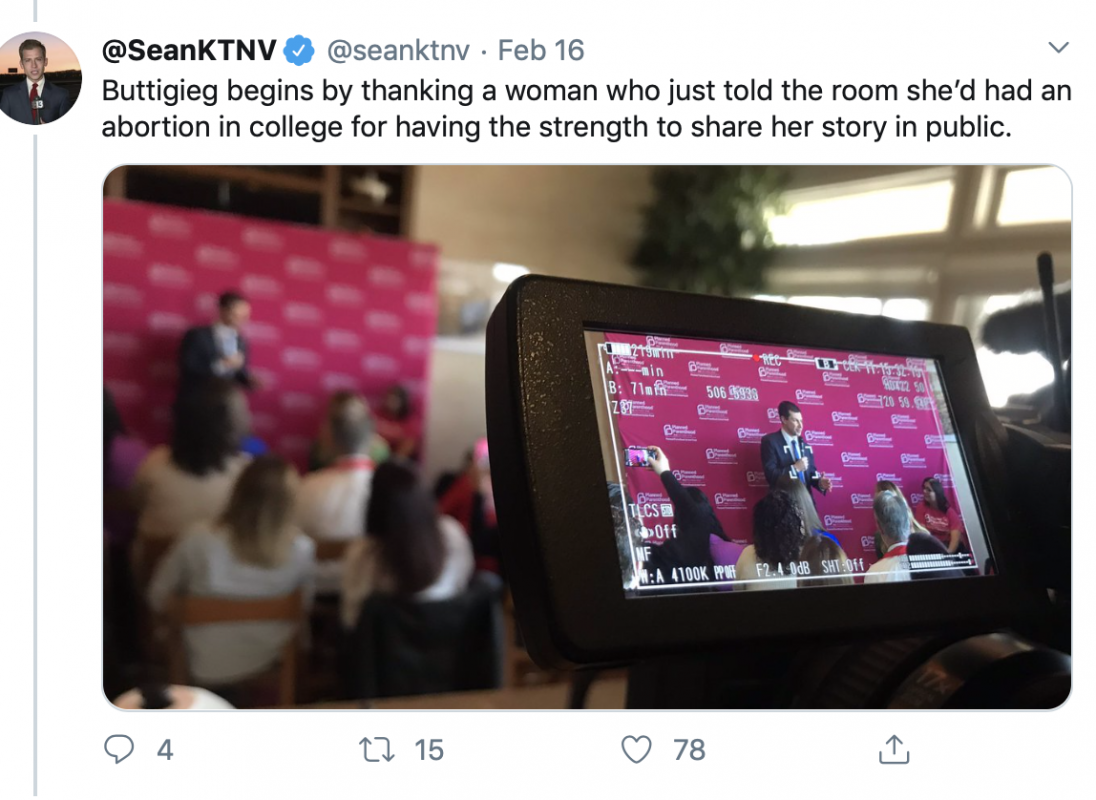 Buttigieg keeps pushing the left’s 'groupspeak' that abortion is a “reproductive right” and that killing a baby allows you “to pursue your dreams.”  The freedom, life and choices of the unborn are not to be considered.

Buttigieg went on to push his “reproductive freedom” as  “values that we share as an American people.”

“I want to make sure I convey to you where I'm coming from on these issues and why I consider it so important, especially important for a candidate like me to stand strong for women's reproductive freedom and to stand with Planned Parenthood. It begins with an understanding that freedom is one of those values that we share as an American people. And yet there's a very narrow form of freedom that you hear about and how those in power, especially in the White House, they're all for freedom when it comes to heaping regulations away from corporations and not having them pay their taxes. But what about the freedom of keeping government out of the business of dictating to women what their reproductive health care choices are? That's part of freedom to.”

Buttigieg didn’t mention the freedom of a baby to live in his speech. Perhaps he didn't feel that it's an American value.