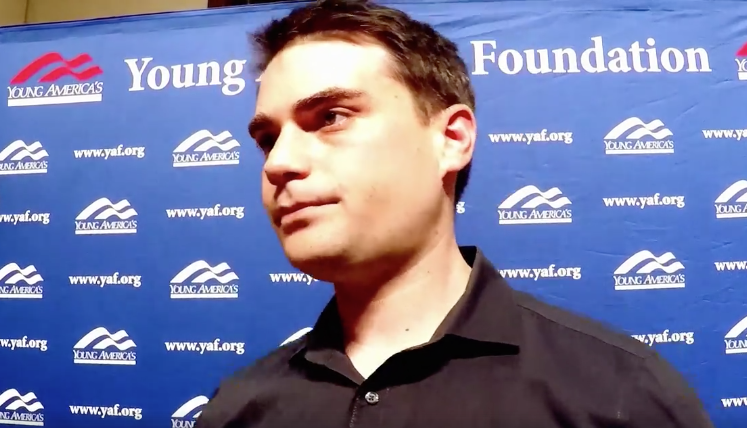 When it comes to forming a coherently strong argument, the best course of action is to do your research and put forward facts rather than giving people hypotheticals when you’re too lazy to put the work in.

That was the dichotomy of arguments heard during a recent exchange between Daily Wire Editor-in-Chief Ben Shapiro and a female student at the University of Florida.

Shapiro posted a video of the pro-life/pro-choice discussion, hosted by the Young America's Foundation, on his Facebook page. And no matter what hypothetical argument the young woman came up with, Shapiro had an answer.

“What would you advise to a young woman who’s not married, who gets raped but does have access to an abortion, as I think that’s something that you believe in,” the student asked. “No abortions, right?”

Not bashful about skewering an opposing view or question by pointing out the absurdity of the hypothetical, Shapiro responded by saying that's “an exceptional case in order to prove a rule that you don’t actually want to defend.”

“I do appreciate that you’ve created the saddest possible scenario for a living human being,” Shapiro quipped. “Is she also disabled?”

Shapiro repeatedly torched the student’s modern feminist theory with someone those of us with common sense use on a regular basis — facts.

As far as the morality of abortion, the morality of abortion does not change based on need, right? So the fact that she’s poor and needs an abortion doesn’t change whether she was rich and needs an abortion or poor because the abortion argument really comes down to, do you think this is a life or not? If you don’t think it’s a life, you can do whatever you want with it. If you do think it’s a life, you can’t do anything with it. As far as what she does with the baby, that’s up to her.

It was pretty clear the student was trying to get Shapiro to say something inflammatory, because she kept assuming what his views were.

This student wasn’t asking questions to be informed. She was asking long, convoluted questions in a self-righteous attempt for her side of the argument to seem holier-than-thou.

One bright note to this whole exchange is that Shapiro welcomes dissent, unlike liberals who only try to squash debate by labeling people and making generalized statements without actually knowing the facts.

For video of this discussion, watch below: