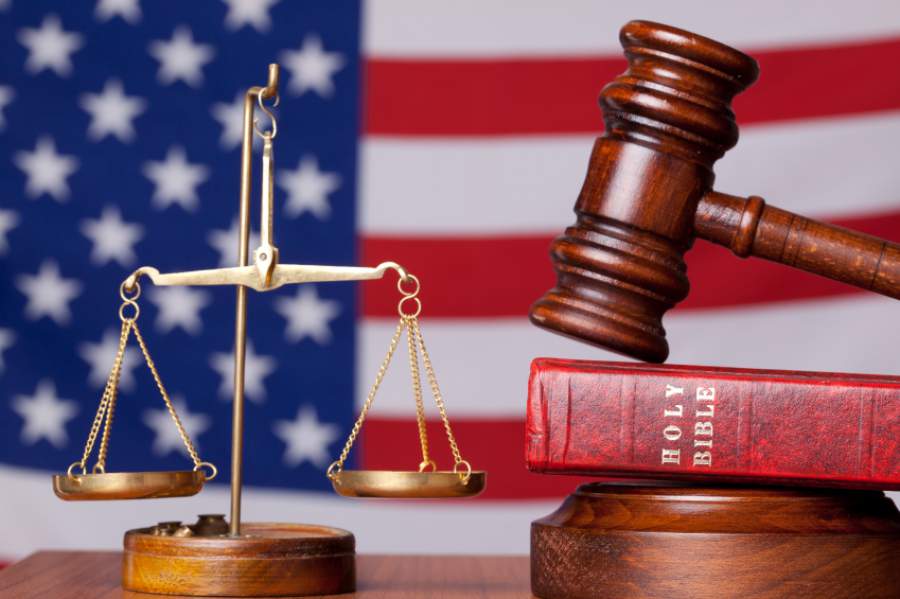 “Today’s decision, for example, creates serious questions about religious liberty. Many good and decent people oppose same-sex marriage as a tenet of faith, and their freedom to exercise religion is—unlike the right imagined by the majority— actually spelled out in the Constitution.” Chief Justice Roberts from his dissent to Supreme Court same sex marriage decision, June 26, 2015

Rowan County, Kentucky Clerk Kim Davis (a Democrat) is being sued by the ACLU because she is refusing to issue any marriage licenses because her religious beliefs prevent her from recognizing same sex marriages.

As MRCTV reported last week, across the country there are clerks whose responsibility is to issue marriage licenses resigning or refusing to license any marriage in protest of the recent Supreme Court decision to make gay marriage legal.

Ms. Davis is refusing to issue any marriage licenses, trying to observe her religious beliefs while treating gay and heterosexual couples equally:

Davis is among a handful of public officials across the Bible Belt so repulsed by the thought of enabling a same-sex marriage that they are defying the U.S. Supreme Court and refusing to issue a license to anyone, gay or straight.

"It's a deep-rooted conviction; my conscience won't allow me to do that," Davis told The Associated Press. "It goes against everything I hold dear, everything sacred in my life."

In response to Ms. Davis' refusal the ACLU has filed a lawsuit against her.

The suit alleges four couples in Rowan — two same-sex and two straight — who have sought marriage licenses are having their 14th Amendment rights violated as a result.

Davis had suggested that anyone seeking a marriage license seek one in one of the adjoining counties, but the plaintiffs in the suit believe that is not good enough.

The couples named in the suit filed by the ACLU are April Miller and Karen Roberts; Shantel Burke and Stephen Napier; Jody Fernandez and Kevin Holloway; and L. Aaron Skaggs and Barry W. Spartman.

"We have been citizens of Rowan County since the beginning of our relationship and love being members of this community," Skaggs said in a statement. "So it only makes sense that we would want and should be granted our right to be recognized as a loving couple having freedom to marry here at home."

One who might disagree with the ACLU is the "father of our country," George Washington who along with being the commander-in-chief of the army that one the revolution, and the first president of the United States, presided over the convention which wrote the constitution. After his two terms as president, Washington wrote in his Farewell Address "religion and morality" are indispensable to "political prosperity:"

Of all the dispositions and habits which lead to political prosperity, religion and morality are indispensable supports. In vain would that man claim the tribute of patriotism, who should labor to subvert these great pillars of human happiness, these firmest props of the duties of men and citizens. The mere politician, equally with the pious man, ought to respect and to cherish them. A volume could not trace all their connections with private and public felicity. Let it simply be asked: Where is the security for property, for reputation, for life, if the sense of religious obligation desert the oaths which are the instruments of investigation in courts of justice ? And let us with caution indulge the supposition that morality can be maintained without religion. Whatever may be conceded to the influence of refined education on minds of peculiar structure, reason and experience both forbid us to expect that national morality can prevail in exclusion of religious principle.