It what can only be described as a desperate attempt to cook up another Russian collusion angle to feed the left, The Washington Post tweeted out that “Even one of Trump’s favorite foods has a hidden Russia connection.” 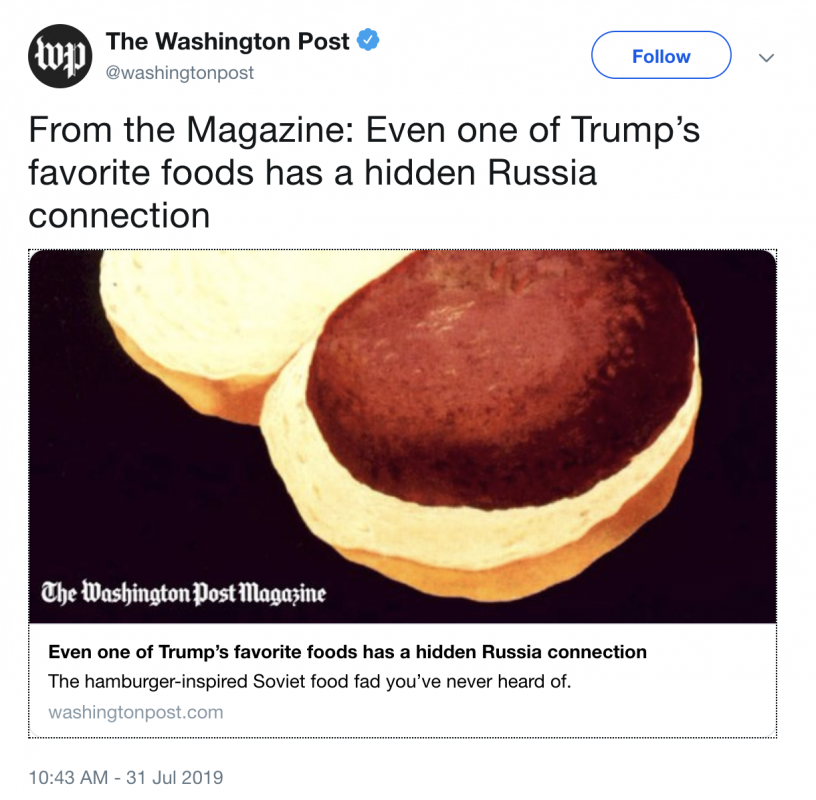 Wednesday’s tweet received the ridicule on social media that it deserved. 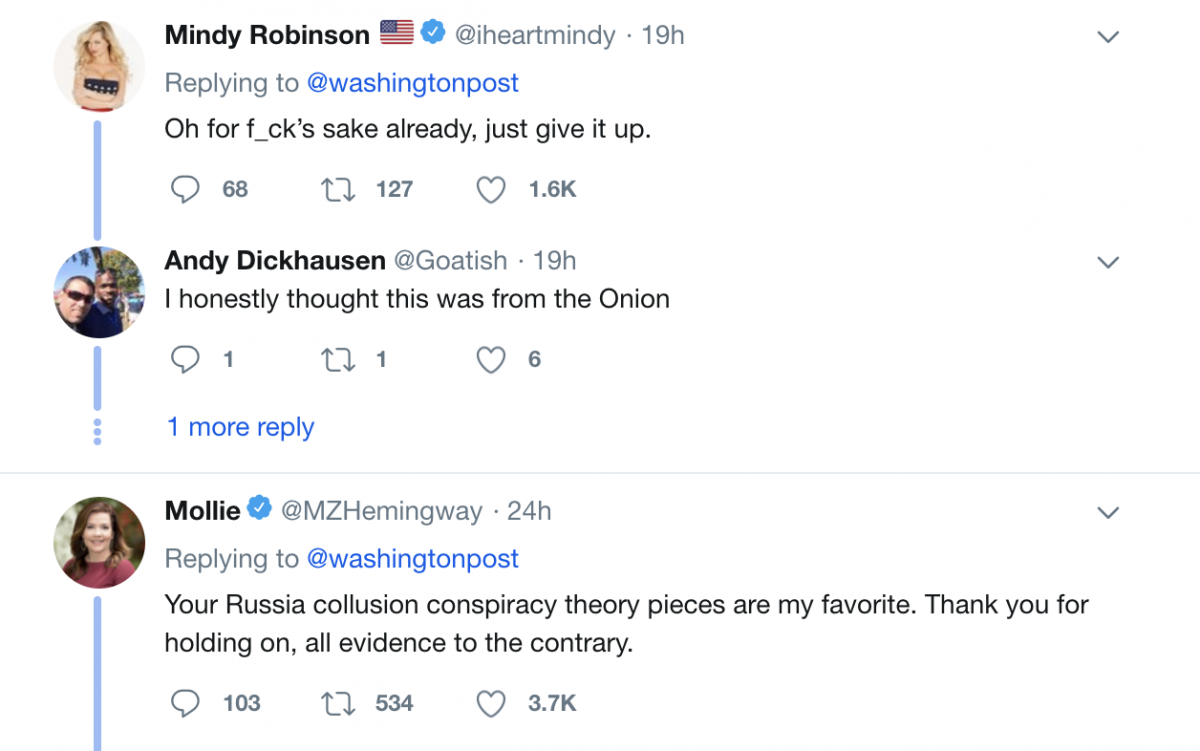 The WaPo story itself alleges that “so much” about the Trump administration has ties to Russia:

But peel back the oil-spattered pages of history, and you’ll find that the sandwich so closely aligned with the stars and stripes was once also embraced by the hammer and sickle. (Yep, like so much about this current administration, even Trump’s beloved hamburgers have surprising ties to Russia.) In the 1930s, when McDonald’s was just a greasy twinkle in Ray Kroc’s eye — he didn’t open his first McDonald’s until 1955 — the Soviet Union was a couple of decades out from its revolution and in the midst of industrialization and urbanization on a staggering scale.

Don’t ask the WaPo to provide any proof of their claimed Trump/Russia ties, like much in the leftist media  - the article doesn’t provide any meat whatsoever.