Joining in with the likes of Dick’s Sporting Goods, Wal-Mart has announced it will raise the age to purchase firearms and ammo at its stores to 21. The company also says it will stop selling “assault style” toys online.

“In light of recent events, we’ve taken an opportunity to review our policy on firearm sales. Going forward, we are raising the age restriction for purchase of firearms and ammunition to 21 years of age,” the company said in a news release.

“We are also removing items from our website resembling assault-style rifles, including nonlethal airsoft guns and toys. Our heritage as a company has always been in serving sportsmen and hunters, and we will continue to do so in a responsible way,” Wal-Mart says.

A quick check of the Wal-Mart website shows that they have already taken down airsoft guns under the automatic and semi-automatic category.

This concern for children playing with toy “assault-style” weapons doesn’t cross over to Wal-Mart’s video game selection however, where for example, you can find “Bulletstorm: Full Clip Edition” (rated one of the 10 most violent video games in 2017 from Common Sense Media) with ease. 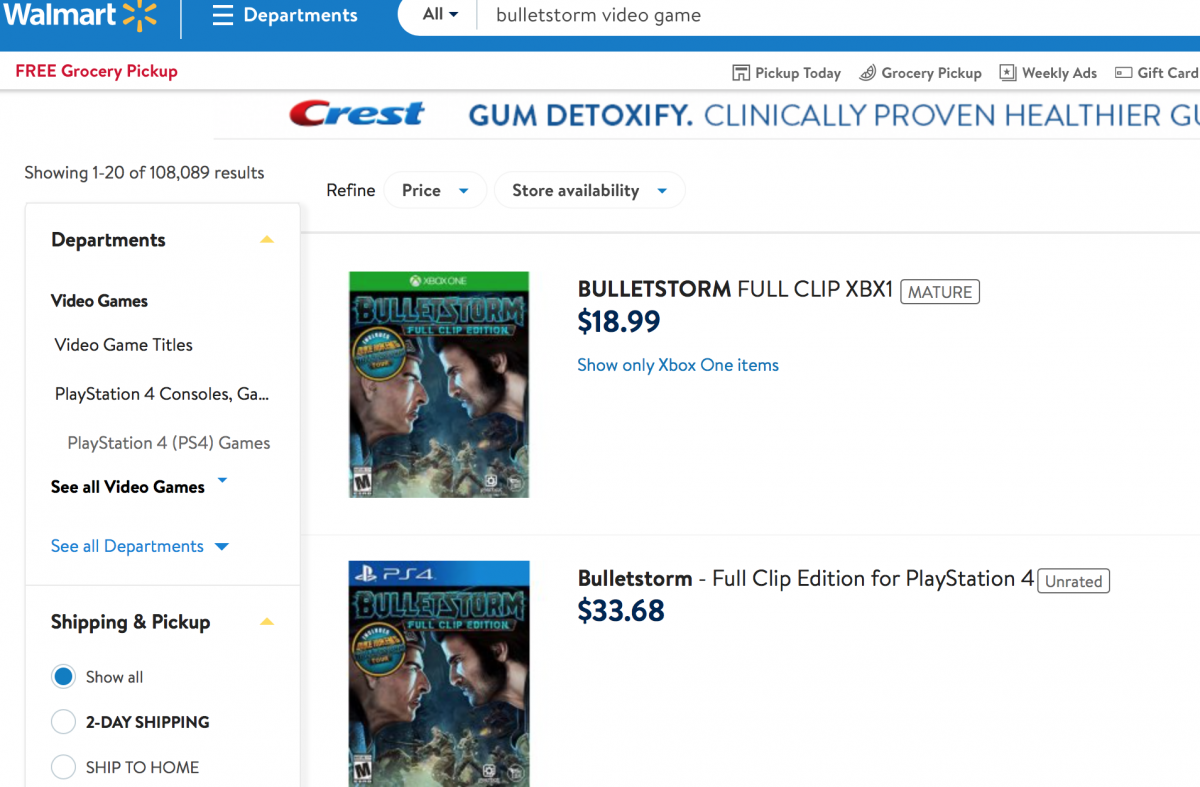