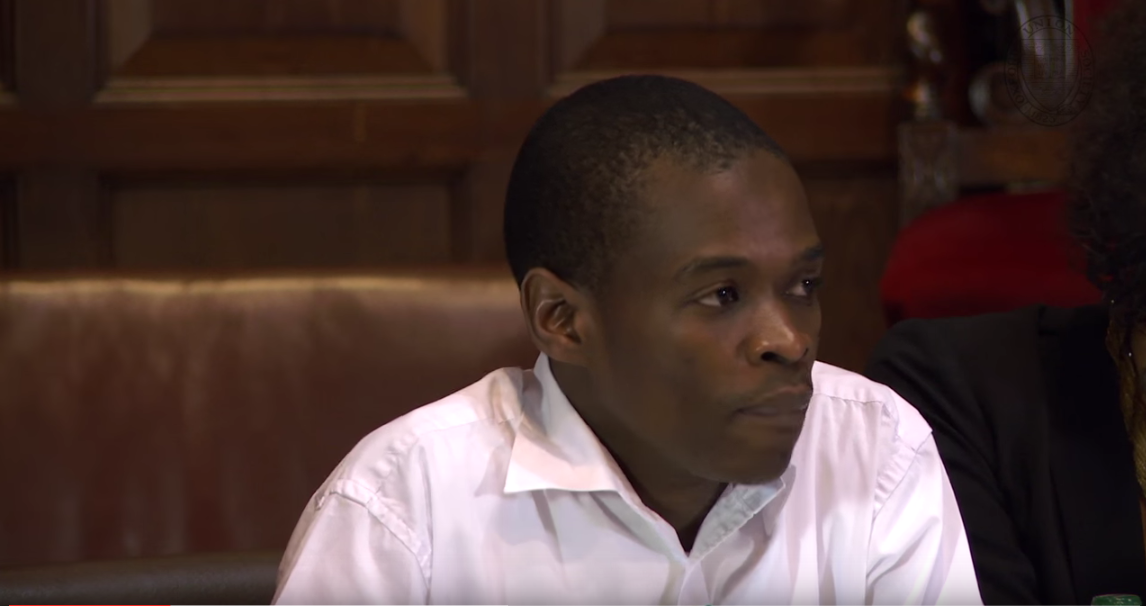 A waitress in Cape Town has received over $5,000 in donations after a “Rhodes Must Fall” leader bragged about making the “white waitress” cry when he refused to tip her due to her race.

Ntokozo Qwabe is the co-founder of Oxford University’s faction of the “Rhodes Must Fall” movement aimed at removing statues of Cecil Rhodes, former prime minister of the Cape Colony in South Africa in the late 1980.

Qwabe gleefully posted on Facebook last week that he and a group of activists refused to tip their waitress at Obz Café because the waitress was white.

In his Facebook post, Qwabe said that instead of tipping his waitress, Ashleigh Schultz, he wrote, “WE WILL GIVE TIP WHEN YOU RETURN THE LAND.”

Since the incident went viral, a GoFundMe page created to “Tip the ‘Ntokozo Qwabe’ Waitress” has raised over $5,000 in just two days.

The creator of the GoFundMe page wrote, “Not only did they reduce this poor woman to tears but they took away her dignity for something she has no control over. If this server had any land to ‘give’, I would assume she would not be waitering in a cafe trying to make ends meet.”

“I am extremely humbled and grateful that we were able to show Ntokozo that Goodness will always prevail. After all....We are all human. We are all EQUAL,” the GoFundMe creator wrote.

Qwabe has since allegedly blamed the “white media” of “going hysterical” over his actions.

Qwabe is reportedly a Rhodes scholar and received money from the Rhodes’ estate to study on a full-scholarship at Oxford.