VP Pence to Navy Grads: Trump and I 'Will Always Have Your Back' 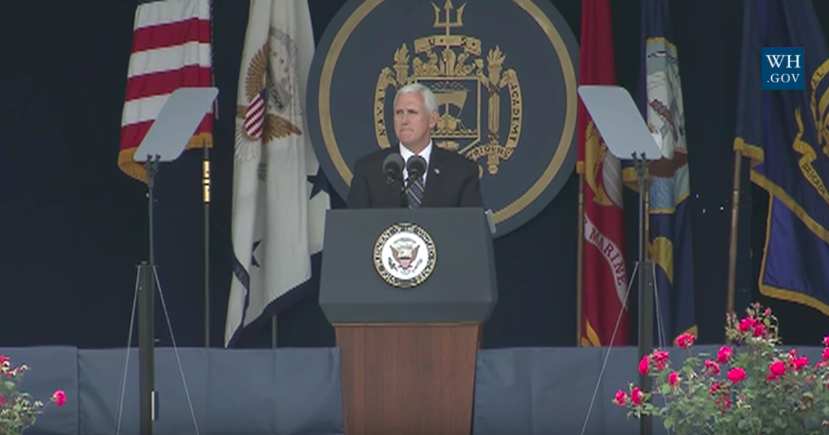 During his speech to the Class of 2017, Pence promised that he and President Trump will "not rest" until the graduating students and the rest of the U.S. armed forces have "all the resources that you need to accomplish your mission and get home safe.”

“President Trump is the best friend the armed forces of the United States will ever have,” he said, to rounds of applause. “Now I’ll make you a promise, no matter where you’re called to serve, no matter what the mission, this Commander-in-Chief will always have your back.”

Pence continued, "We will not rest, we will not relent, until we rebuild our military, restore the arsenal of democracy, and ensure that our soldiers, sailors, airmen Marines and Coast Guard will have all the resources that you need to accomplish your mission and get home safe.”

He added, “No matter where your path takes you – know that your Commander-in-Chief is proud of you, and so am I…”

I say to you new Officers and your families – @POTUS is the best friend the Armed Forces will ever have. #USNA17 https://t.co/I5UrwVFJKC

always have your back