Full disclaimer: This is not the story of the year. It's just freaking hilarious. And horribly sad. 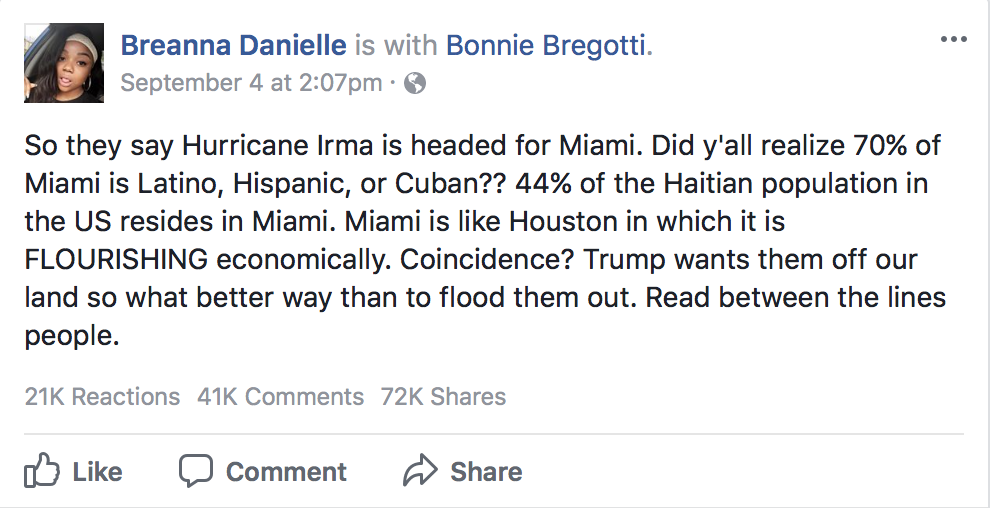 Despite Breanna's page having less than 1,700 followers, her post absolutely exploded online, garnering more than 72,000 shares and 21,000 reactions so far. Thankfully, most -- if not all -- were from people trying not to fall out of their chairs in hysterical disbelief. 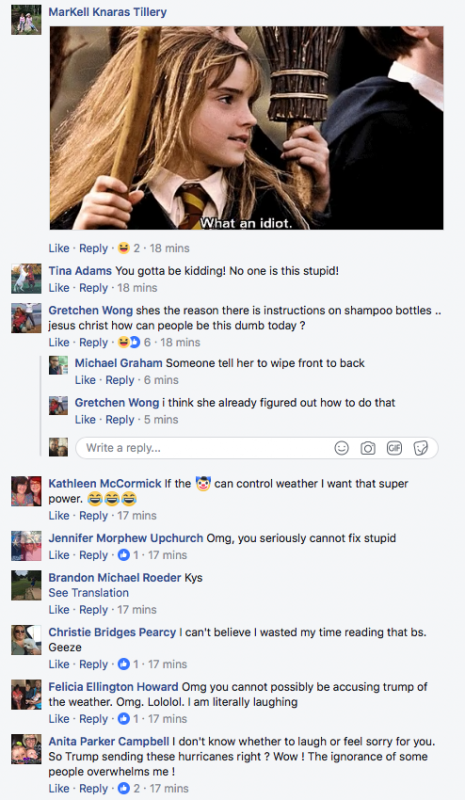 To be fair, based on the rest of her Facebook page, Breanna appears to have bought into some whackadoodle conspiracy theory that the government is pumping chemicals into hurricanes to strengthen and control them, presumably so they can then be used for various no good, very bad purposes. It's probably the same stuff they put into chemtrails, or the water that turns the frogs gay.

Now if you'll please excuse me, I'm going to go try and wash off the stupid. It burns.