“Terminator” star Arnold Schwarzenegger has released video showing the 71 year-old barely flinched when he a man leapt through the air to kick him in the back.

Schwarzenegger seemed to brush off the assault, which occurred at his Arnold Classic Africa event in South Africa Saturday.

And if you have to share the video (I get it), pick a blurry one without whatever he was yelling so he doesn’t get the spotlight.

By the way... block or charge? pic.twitter.com/TEmFRCZPEA

Early video making the rounds on social media showed Schwarzenegger getting kicked out of camera range and gave the impression he could have been hurt.

The newer video shows that he was more startled than stunned by the attack.

Schwarzenegger will not press charges against the man, tweeting on Sunday that “I hope this was a wake-up call, and he gets his life on the right track.” 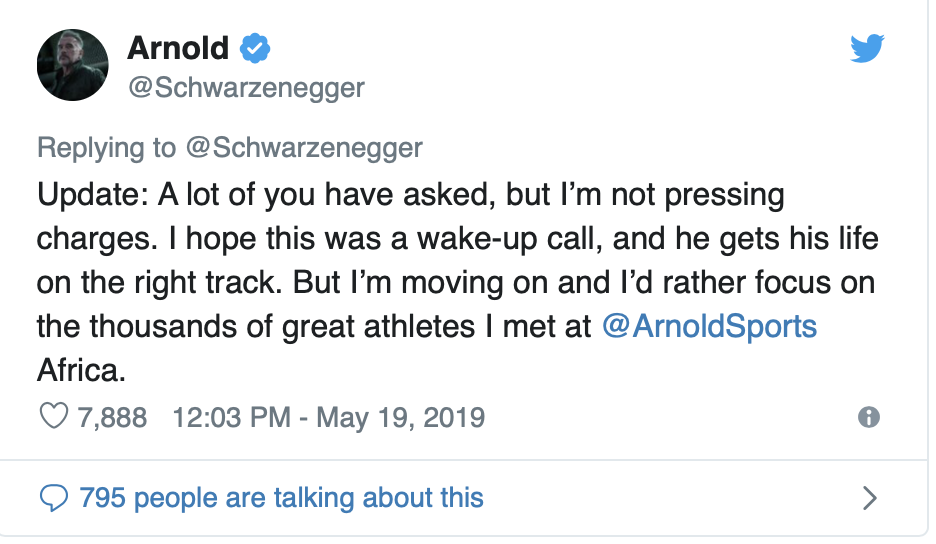