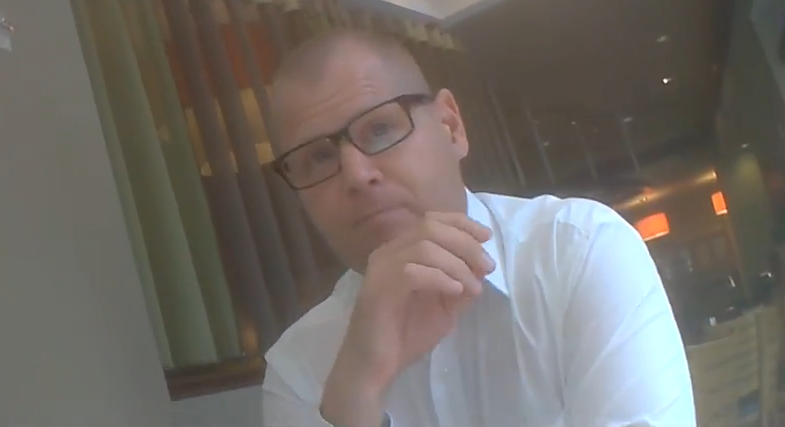 The question is, whether when you get caught by a reporter, does that matter? Because does it turn into an investigation or not? In this case, this state (Wisconsin), the answer is no, because they don’t have any power to do anything.

Those were the words of the now former national field director for Americans United for Change, Scott Foval, in the latest Project Veritas video entitled, "Rigging the Election - Video II: Mass Voter Fraud."

That was just the tip of the iceberg in the newest video released Tuesday by James O’Keefe's organization. The video comes one day after undercover footage of Foval came out where he admitted he paid mentally ill and homeless people to protest at Republican presidential nominee Donald Trump's rallies.

The video consists of Foval describing how the organizations he works with “successfully commit voter fraud on a massive scale.”

This release of this video came right after President Obama addressed voter fraud in the Rose Garden at the White House.

Any presidential candidate trying to discredit the elections and the election process before votes have even taken place…it’s unprecedented. It happens to be based on no facts. Every expert, regardless of political party, regardless of ideology, conservative or liberal who has ever examined these issues in a serious way will tell you that instances of significant voter fraud are not to be found.

Early on in the video, Foval described how to deceive the American people when they begin asking questions:

It’s a very easy thing for Republicans to say, well they’re bussing people in. Well you know what? We’ve been bussing people in to deal with you f***in’ a**holes for 50 years and we’re not going to stop now, we’re just going to find a different way to do it.

Basically, the philosophy here is to deny and adapt.

Foval also went into detail of the different ways they would acquire transportation to get people to different states in order to commit voter fraud.

The Project Veritas journalist then inquired as to how Foval and his associates within the Democratic Party get around suspicions into voter fraud.

“It’s the legality, because you can prove conspiracy if there’s a bus," Foval commented. “If there are cars it’s much harder to prove.”

When the reporter talked to Foval about Democracy Partners president Bob Creamer’s reluctance to talk about voter fraud, Foval replied with the following:

Bob came to me and asked me, ‘What is he talking about?’ I told him what we were talking about. And he said, ‘Well I’m not gonna touch that with a ten-foot pole now.’ I go, ‘Nor should you.’

Nor should you. He goes, ‘Good, I’m glad we’re on the same page, there.’ I said, ‘However, other people can make things happen that you don’t need to know about.’

The Project Veritas voter fraud video finishes with a journalist talking to the founder of the Dream Action Coalition, Cesar Vargas, who is an illegal immigrant. The journalist asks Vargas about how they can carry out massive voter fraud.

While Vargas admitted that nothing could be done this election, he admitted that future voter fraud affecting the 2018 midterm elections would be much easier if Trump were to win the election. Vargas says the purpose of voter fraud would be less “significant” if Clinton is elected.

If it’s Secretary Clinton, and the voting ID laws are loosening and we have much more opportunity for people to vote, and we have immigration reform, it’s not going to be as significant, right?