'Victims' Attorney Lisa Bloom: 'I Believe You, Tara Reade [But] I Will Still Support Joe...I'm Sorry'

Liberal attorney Lisa Bloom, who allegedly defends victims of "abuse" as a profession, tweeted over the weekend that while she believes Tara Reade, the woman who has accused Democratic presidential candidate Joe Biden of sexual assault, she "will still support Joe" because he's running against President Donald Trump, telling Reade, "I'm sorry."

"I still have to fight Trump, so I will still support Joe. But I believe you. And I'm sorry," Bloom wrote, describing Biden as "handsy." 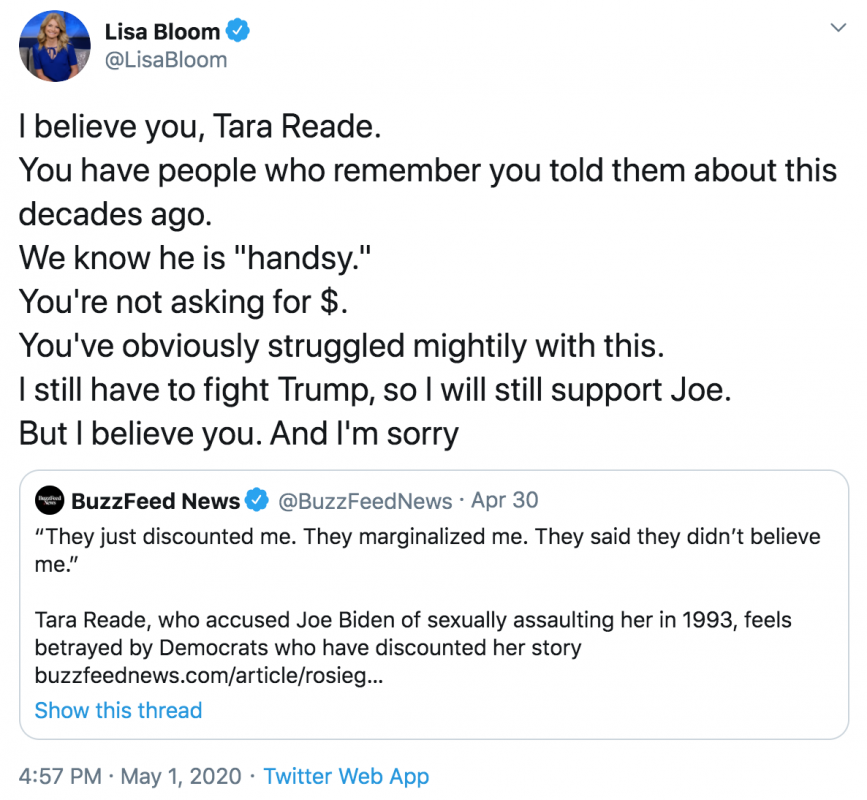 Of course, claiming to fight for victims of abuse didn't stop Bloom from also advising now-imprisoned producer Harvey Weinstein when he was accused of sexual assault. Nor, apparently, will it stop her from voting for Biden, a man she admittedly believes shoved a woman against a wall and forcibly penetrated her with his fingers.