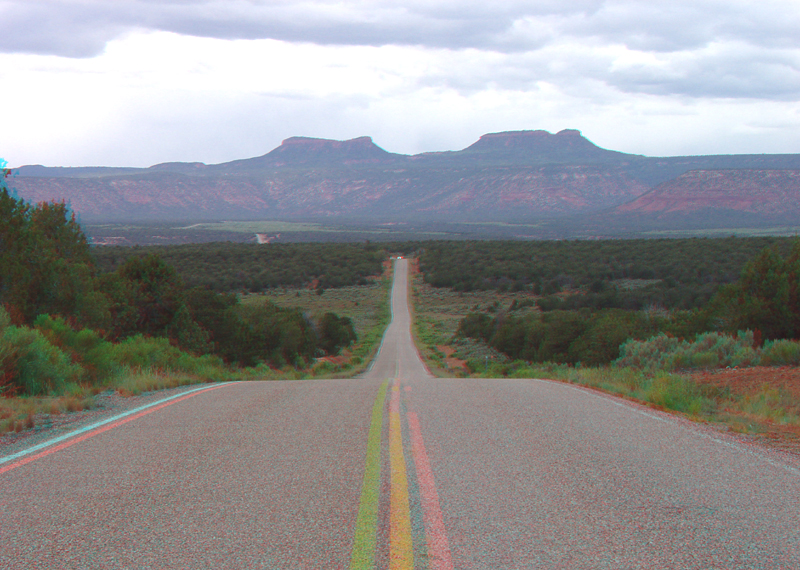 Folks in Utah are ready for a showdown – with the feds, and with each other.

Many vocal residents in the state are preparing for one final fight with the Obama Administration before the President vacates office. Theirs is a struggle to stop the federal government from locking up nearly two million acres of land called “The Bears Ears” from mining and other uses.

On the other side are large numbers of American Indians and conservationists who believe the only way to preserve the historic, religious, cultural, and natural values of the area is by the President turning the vast acreage into a National Monument.

Both are embroiled in a political battle that has become the talk of the state, and will come to a head as President Obama issues his final Executive Orders before returning to “civilian life." But their battle, and many of the reports about it, often lack citation of one important fact, something that becomes glaringly obvious if one understands property rights and economics.

First, some background about the situation.

On July 18, Secretary of the Interior Sally Jewell visited San Juan County, Utah, in preparation for the Executive Branch to bestow the designation of “National Monument” to 1.9 million acres of land known as the Bears Ears, so named because its rocky buttes look like  -- surprise! -- the ears of a bear. This was not, as some opponents might imagine, part of a unilateral invasion by the feds akin to the move by President Clinton to create the Grand Staircase-Escalante National Monument in the 1990s.

This is the culmination of a multi-year attempt by a coalition of preservationists and American Indian tribes called the Bears Ears Inter-Tribal Coalition to protect what they view as sacred lands and natural beauty. These area residents hope to stop further mining, looting, vandalism and other predatory practices conducted by corporate interests and individuals.

The Sierra Club has been concerned about Bears Ears for years, and just issued a press release detailing the attempt by a uranium mining company to expand its operations further into the area.

From the perspective of many, a move by the Obama Administration to designate the site a “National Monument” would be a good thing. After all, it stops corporations from exploiting what have for generations been nearly two million acres of land that are important to many residents of Utah.

But support for this is not universal; many Utahns, and even some members of the Navajo tribe, oppose the move. They claim that federal “monument” status would block small ranchers from grazing their cattle, would close off important roads, and harm a population that is already seeing near 9% unemployment. They also note that the people of Utah have not had good experiences with the feds. Nearly 66.5% of the state is claimed by DC, and increased restrictions on the land signal lower opportunities for economic growth.

In fact, since the Clinton action in Utah – which locked up thousands of acres of rich anthracite deposits and handed an Indonesian corporation with ties to the Clintons the world monopoly on the clean coal – many residents have worked to block any further executive action.

In 2012, the Utah legislature passed the Utah Transfer of Public Lands Act, a law demanding that DC hand back the 31 million acres of land it currently claims – and claims to “manage” – by 2014. Since the feds have not complied, the Utah government is preparing a lawsuit, backed by $14 million and to be filed in 2017, to take the land back.

They are not stopping there. On May 18, the Utah legislature passed a resolution opposing any move by Obama to increase federal power over land in the state.

"The message sent today to the White House is clear: Utahns do not want a new national monument."

So the stage is set, the players ready to move their pieces.

But what is the “stage," really?

What often goes overlooked by commentators and reporters covering this issue is the fact that the federal government claims ownership of such a huge percentage of Utah and all the lands west of the 100th meridian.

As Leonard Gilroy noted for Reason in 2010:

And, surprise, surprise, the vast majority of the Bears Ears region in Utah is owned and run by the feds and the much despised Bureau of Land Management (BLM).

The BLM rents land to special interests – like mining corporations and logging corporations – doesn’t have a vested interest in protecting sacred sites from looters, and, as has been noted by numerous people from the Dakotas, to Nevada, to Utah and California, has mismanaged forests and “public lands” so badly that wildfires are common. These fires often destroy private property and fortunes in addition to the public lands and animals thereon.

So the feds already run most of Bears Ears. What the proponents of the Bears Ears National Monument actually want is for the federal government to take even more control over the area by designating it a “National Monument," which would stop any further mining – not exactly a glowing endorsement of BLM management.

But it is an example of the Tragedy of the Commons, where private property ownership is subsumed beneath public, tax funded “pseudo-ownership”. This phenomenon inspires those whose taxes are spent on the property to argue with each other, fight, and feel dissatisfied with the outcome. Under government ownership, not everyone can have his interests fulfilled, and the real interests of people are pushed aside in favor of those who have the political advantage. Additionally, the Tragedy of the Commons often manifests in geographically large areas of control, where needs and interest are not understood by those making the decisions. While people in Washington are deciding how land in Utah will be used, people in Utah raise their hands in frustration and wonder why they can’t decide for themselves.

Private property paradigms work better. If people value lands for hiking, recreating, mining, for their traditional historic value or for their religious significance, they can show these interests with their own money. When politicians tell others to pay for something they “value," no one can claim anyone cares about it. The politicians are not using their own money, and taxpayers will go to jail if they don’t pay.

The Native American tribes are in a particularly difficult position. Many of their ancestors had that land taken from them by the federal government, or they were removed from the land and saw it homesteaded by the feds to settlers. Trying to fix this problem would entail offering many of the ancestral lands back, as was done in Australia for many Aboriginals.

According to the US Constitution, the feds should not own this land at all. Proponents claim that the 1906 “Antiquities Act” vests the President with the power to establish these “National Monuments”. But this is irrelevant, and the law is a non-starter constitutionally. The President has no power to do this in the founding document of the US, and Constitution stipulates that when a territory enters the union, it does so with all the rights and privileges of other states. The original states did not have to cede land to the federal government. The only land the feds are supposed to control is in D.C. and that which is set aside for “federal garrisons."

Half of the west is not a “federal garrison."

The various interests in Utah fighting to have the feds do “even more” to protect their interests, after it has failed to do so already, might do better, and reflect their interests honestly, if they spent their own money on it, or had it returned to them as descendants of the original owners.