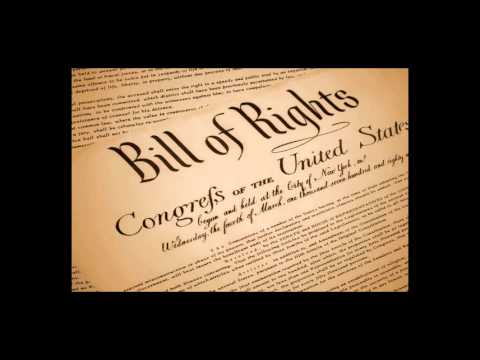 On June 9, the Senate Judiciary Committee, featuring such constitutional luminaries as Senators Diane Feinstein (D-CA), Chuck Grassley (R-IA), Richard “Dick” Durbin (D-Ill), and Patrick Leahy (D-VT), among others, gave a big high-five to S. 356, a bill that will claim for the US government new, sweeping powers to puree what’s left of the Fourth Amendment faster than an expensive blender.

But, have no fear, the sponsors of the bill blessed it with a reassuring Newspeak title, so everything is fine.

Called the Electronic Communications Privacy Amendments Act (ECPAA), this bill falls right in line with other goose-stepping legislation such as the Health Insurance Portability and Accountability Act of 1996 (HIPPA) (which claimed for the government the ability to collected your medical records without warrants) and the Patriot Act (which claimed the use of “National Security Letters” -- secret warrants, issued by secret agents, not judges – and prohibited anyone from publicly announcing those searches, and claimed for the federal government the power to engage in sundry other unconstitutional acts).

As one of the slew of Orwellian bills Washington politicians create, ECPAA has absolutely nothing to do with privacy, unless one believes an invasion of privacy is really a protection of privacy.

After Senator Grassley patted his fellow Senators on the back for giving this bill such “bipartisan support” (“bipartisan” attached to any bill usually means it is going to take more of your liberty or property or both), he handed the microphone to Senator Leahy, who spent a lot of time doing the same. None of the senators who discussed the bill in this lengthy “meeting” bothered to discuss the Constitution, let alone the Bill of Rights.

So perhaps we should.

First, let’s explain what ECPAA does. It’s a simple amendment to the nearly infinite US Code that grants the FBI Director, Deputy Director, and Special Agents in Charge of Bureau Offices the ability to give to anyone the power to write “letters” addressed to “wire” or "communication service providers” demanding electronic data.  And the writers of the bill magnanimously clarified what kinds of information may be obtained. Ready?

Simply by writing a letter, they can obtain any:

Similar to National Security Letters (which are being challenged in court), these ECPAA letters stand in complete opposition to the Fourth Amendment, something Judge Andrew Napolitano recently observed:

That’s right. No warrant. Under the guise of supposedly offering protection from “terrorism” (which the federal government continually fails to do, and court cases have shown the government claims it legally has no responsibility to do), Grassley et al want federal agents to search your private browsing records, bank account, and other private information without a warrant. The statute will also make it a crime for the Internet Service Provider to tell you that it has received one of these FBI “letters.” As Napolitano noted on Fox News, this is not only an attack on the Fourth Amendment, but it's also an attack on the First Amendment.

And, FBI Director James Comey recently said that the Constitution stands in his way.

Which is precisely the point.

The people who wrote the Constitution intentionally wrote the Fourth Amendment with great specificity and for an important reason. The reason was based on experience during the pre-revolutionary era, when agents of the British government would randomly stop American colonial citizens to search them, or enter their homes to search for and take property.

The Fourth Amendment stipulates that no searches will be conducted by agents of any government in the US without a warrant specifying the person to be searched and the item or items sought. The warrant is to be issued only by a judge upon the judge’s determination of probable cause. The police on the scene are not supposed to determine probable cause and just search people (yet this is what happens all the time at DUI checkpoints and at Immigration stops all over the US – practices that would have enflamed the Founders). And the warrant process is supposed to be public, knowable, seen by all.

But, over and over, agents and politicians in the US government -- be it through the so-called “war” on drugs (a misuse of the term "war"), the Foreign Intelligence Surveillance Act (which established secret courts issuing secret warrants to tap phones), or the “war” (again, not a war under the Constitution) on “terror,” whatever that is – have puffed up their chests and attacked the Bill of Rights.

It’s done to protect us, they say.

Perhaps, we should reassess who who the actual threats are.