Is the US Really Handing Internet Control to Foreign Governments? 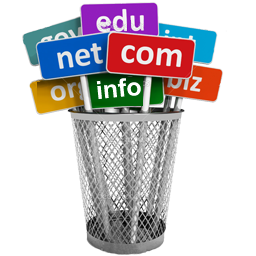 On October 1, 2016, the power to “grant domain names” on the Internet – that thing Al Gore told everyone he invented – will be turned over from the US to a non-profit corporation created in 1998 by the US government called the Internet Corporation for Assigned Names and Numbers (ICANN). In 2014, when the plan was finalized by a division of the Department of Commerce, Reason Magazine’s Jerry Brito viewed it as a positive step away from government control. But, according to Breitbart’s John Hayward the move is very dangerous. And the “conservative” chameleon Newt Gingrich recently Tweeted:

Every American should worry about Obama giving up control of the internet to an undefined group. This is very, very dangerous.

Coming from the guy who once said that we have to take a second look at the First Amendment, and that he believed a panel of judges should be able to determine what can and cannot be published on the web, that’s a thick, rich helping of hypocrisy.

But are concerns justified? Should Congress “step in” and stop this?

Are the commentators offering proper explanations?

The answers are mixed.

First, ICANN has actually been handling the names and registrations of web domains since 1998. It is a non-profit corporation with business “leaders” and international “advisors” on its board and was created by the US government. But, despite being international and inter-corporate, until now, ICANN has been controlled by a branch of the Commerce Department called the National Telecommunications and Information Administration (NTIA).

After the concept for the internet was privately invented in the Paleozoic Era, then used and expaded by the Defense Department, the Clinton Administration offered all aspects of the web for commercial use except for one – the power to grant domain names. This was held by the US government, NTIA and its creation, ICANN. But since 1998, the plan has been to break ICANN away from NTIA and US control, and hand it to the actual members of ICANN.

This is what frightens many people, including that paladin of free speech, Newt Gingrich.

He and others claim that the US will be handing control of “the web” to foreign governments, which is false in two respects. First, ICANN is not run by foreign governments. ICANN has Advisory Boards composed of government representatives, as well as reps from different corporations. They can air grievances and ideas, but have no actual control over ICANN actions.

Second, the power ICANN has is that of domain name assignment. While this could eventually be used to simply stop granting domains to certain interests ICANN does not like, it is not “control” in the sense that some perceive, as in, immediate control over content. However, wariness is warranted, for ICAN power over domain naming could mean the cessation of domain acquisition by those who are not liked by ICANN, or the cessation of domain ownership due to ICANN dictate.

The fact that domain naming is being taken away from the hands of the US government and put into the hands of a non-profit, non-government entity might actually be an improvement. This is the argument Mr. Brito made for Reason.

But he could be wrong. Many of the nation-states given "Advisory" positions in this new ICANN paradigm have abysmal track records on freedom of speech.  In fact, since United States antitrust laws require any organization granted "monopoly" status to be placed under the "supervision" of a government body, or else face an antitrust suit, it's possible that legal international interests, or touchy-feely political correctness, could lead the new "independent" ICANN to simply become the domain branch of the UN.

On the Constitutional level, Senator Ted Cruz has made an excellent point arguing against the transfer, noting that since the US government claims credit for creation of both the web and ICANN, domain name assignement to root IP addresses is "US government property", and requires an act of Congress for disposal to another party (Article Four, Secion Three).

Of course, strong Constituionalists might argue that ownership of "doman naming control" is not something the federal government can rightly claim...

So why not ask the central question being overlooked in all of this discussion? Why not ask if internet users need to have a government -- the US or any other – or a government-created non-profit corporation deciding who can own domains on the web?

As many folks have asked about the issuance to the Federal Reserve of a monopoly on tradable currency, why should a government-granted monopoly control who can and cannot get a domain?

As a guy who once had his political website banned by the Chinese government, I empathize with those who worry about international governments trying to stifle free speech through ICANN and the Advisory Board process. It could become something similar to the UN or EU, where “advisory” positions morph into policy positions and stifle freedom. But worries over whether China or Russia or other nation-states sway the ICANN machine overlook the fundamental issue about liberty and markets. There is no reason why domain name differentiation cannot be handed to the powers of the market, where customers must be satisfied in order to continue doing business with others.

Like the owner of a competing shopping mall offering space to business people, those would who offer domain names in a purely private, market paradigm would be incentivized to protect those names, and to do so in a way that more closely fits consumer desires, rather than political and government-monopoly interests. Bad protection means customers will go to other malls to locate their shops.

Worries will abound as the transition to the autonomous ICANN arrives and passes. Some are justified. But the overall question of whether a central monopoly on domain naming is needed is left unexplored.

Such a fruitful discussion could be very beneficial. But, given the rhetoric thus far, one should not expect the politicians to bother.