A graduate teaching assistant at the University of Pennsylvania is reportedly under investigation after she tweeting that she calls on students based on their race and gender, prioritizing black female students.

Stephanie McKellop, a “historian of marriage and the family,” tweeted that she calls on “Black women” first and “white men” last: 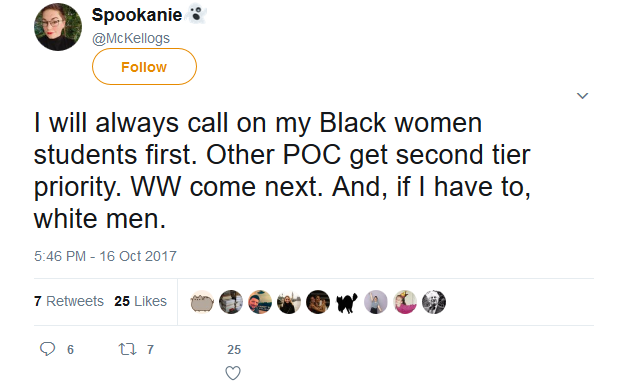 After people notified the University of Pennsylvania about McKellop’s behavior, she claimed that she was under attack by “Nazis” and that the school would soon be issuing a statement condemning her actions: 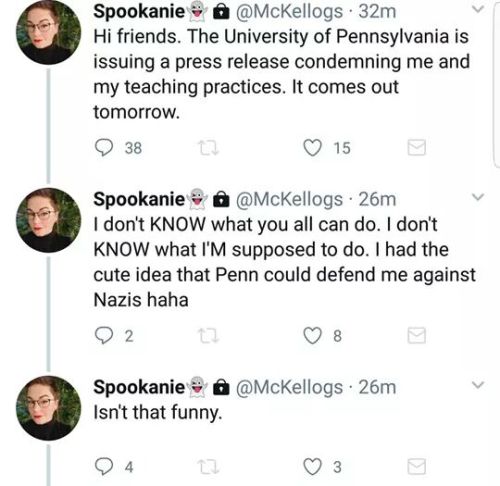 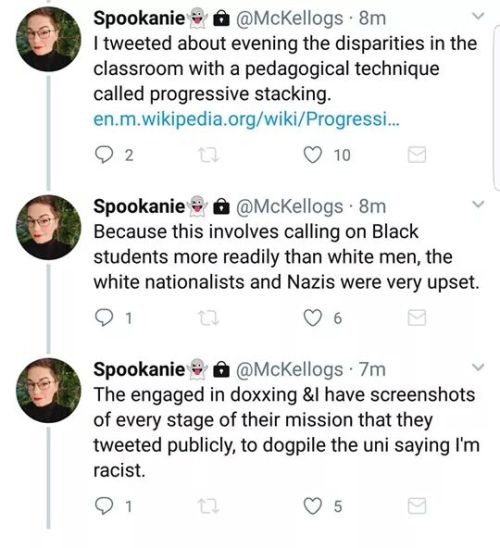 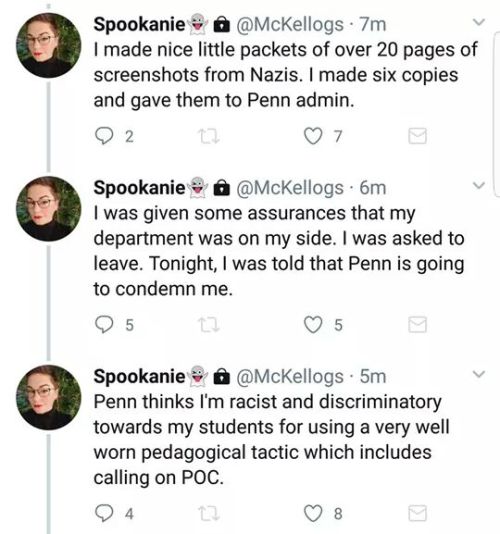 The dean of the University of Pennsylvania’s School of Arts and Sciences, Steven J. Fluharty, told the Chronicle of Higher Education the school supports creating a “respectful work and learning environments for all members of our community.” He also said the university prohibits discrimination based on race and gender and is investigating the matter:

The university’s policies prohibiting discrimination are intended to reinforce our commitment to equity and inclusion,” he continued. “We are looking into the current matter involving a graduate-student teaching assistant to ensure that our students were not subjected to discriminatory practices in the classroom and to ensure that all of our students feel heard and equally engaged. Contrary to some reports, the graduate student has not been removed from the program, and we have and will continue to respect and protect the graduate student’s right to due process.