Maybe I'm becoming cold from having to stay at home all the time, but I'm getting really tired of people who look for things to be outraged about. They reach to ridiculous conclusions, all so that you can feel bad for them, while they get the attention they want.

The University of Virginia (UVA) unveiled their new logo for their athletic department and the school in general, and some people are not happy about it. 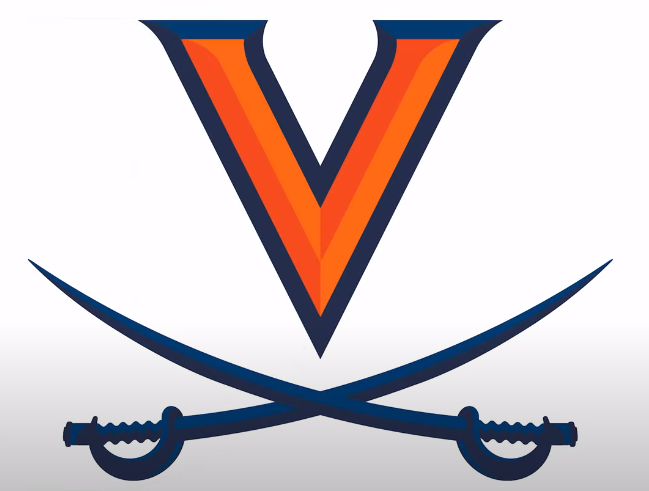 Doesn't seem like anything controversial, right? Looks like an updated version of the old logo. But don't tell that to the perpetually offended.

According to the UVA's school newspaper, The Cavalier Daily:

The new logo includes details on the sabre handles that were added to "mimic the serpentine walls" on Grounds that surround the garden spaces, according to promotional photos from Virginia Athletics.

The serpentine walls were originally built at the University to hide enslaved laborers from the University community and muffle the sounds of their daily life. Outlining each of the pavilion gardens framing the Lawn, these curved walls shielded the living quarters of slaves from view. While white students went to class, black slaves were concealed in pavilion basements.

"When U. Va. Athletics decided to incorporate the walls into their logo designs, I felt as if they were attempting to 'glorify' past University wrongdoings," sophomore student Lauren Cochran said. "For many, this wall evokes stringent feelings of emotional distress and pain. As an African-American student who walks past these walls every day, I experience uncomfortable emotions relating to the history and justification of the walls."

This is what I don't understand. If you're so upset about the history of a prospective school and its past connections to slavery, and you "experience uncomfortable emotions" at the sight of a particular site on said prospective school's campus, why would you decide to attend that school?

There are students and professors who are upset at the supposed mimicry of the serpentine walls. It's somewhat understandable that some may not view the new logo in the best light, especially if the handles were designed to commemorate the walls. But, as said many times before, if you remove history you're doomed to repeat it.

Heck, you have to pay to take a tour of the Auschwitz concentration camp in Poland. You don't see them getting rid of that site, and that land was witness to some of the greatest atrocities in the history of mankind.

Plus, part of the outraged critic's animus should go toward UVA's partner in creating the new logo, Nike.

Here's video of the creation process: