The University of Kansas is currently flying a defaced American flag spattered with black paint in the name of “art.”

According to this, the flag is part of an installation by the Spencer Museum of Art called, “Pledges of Allegiance,” and supposedly represents a polarized country under President Donald Trump.

If black paint spattered all over Old Glory weren’t enough, on the bottom right-hand corner of the flag is the bizarre image of a black-and-white striped sock, which “artist” Josephine Meckseper said represents migrant children crossing the Southwest U.S. border. (Don't ask my why it's a sock. No one knows.) 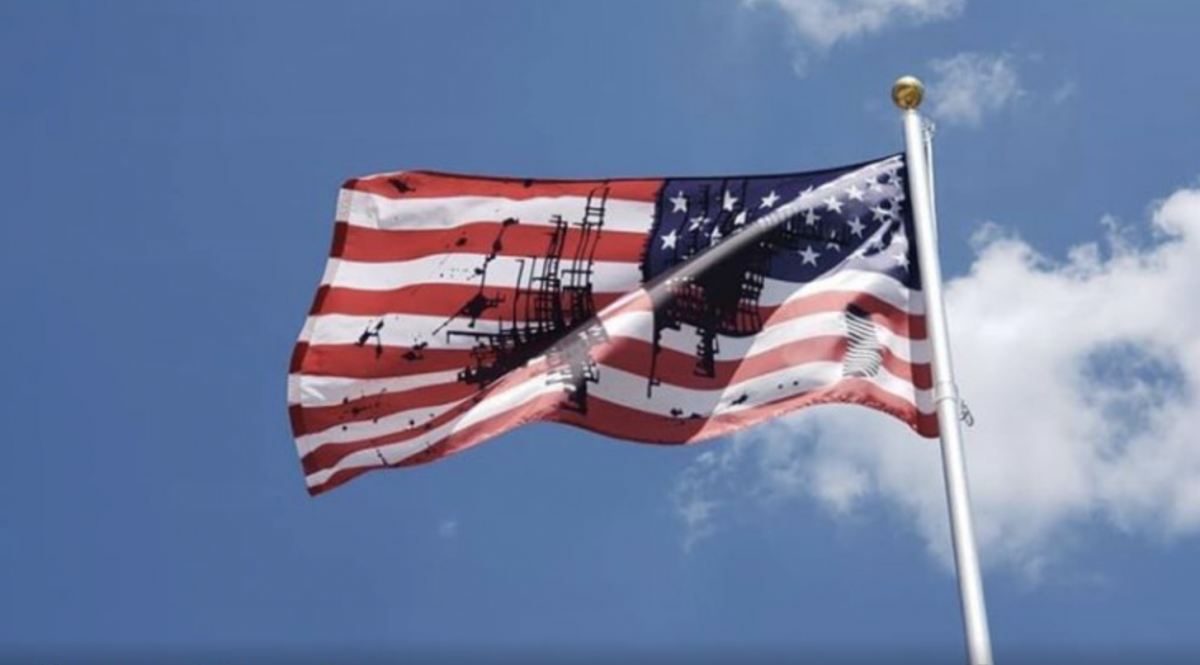 “The flag is a collage of an American flag and one of my dripped paintings which resembles the contours of the United States,” Meckseper said in a post on Creative Time’s website. “I divided the shape of the country in two for the flag design to reflect a deeply polarized country in which a president has openly bragged about harassing women and is withdrawing from the Kyoto protocol and UN Human Rights Council.”

But the sight of a defaced Stars and Stripes didn’t sit too well with most people on social media, who immediately condemned the University of Kansas for allowing the flag to fly on their campus.

“As a U.S. Navy veteran and student at the University of Kansas currently seeking my Masters degree, I find the ‘artwork’ that currently flies at Spooner Hall heinous and abhorrent,” one student said.

“To those who would trample, burn, or deface the flag, thank a soldier. It hurts me to see a defaced flag fly at the University of Kansas. My thoughts turn to my friends whose coffins were draped in our flag,” another commented.

The University of Kansas College Republicans denounced the school’s decision to fly the flag, stating in a tweet, “Words cannot even begin to describe how big of an embarrassment this is.”

Republican Kansas Rep. Robert Marshall chimed in, tweeting: “No, this isn’t “art”, this is an embarrassment. Shame on KU, a public university, for flying this desecrated American flag over their campus.”