University Debates How to Censor Art After Nooses Found on Campus 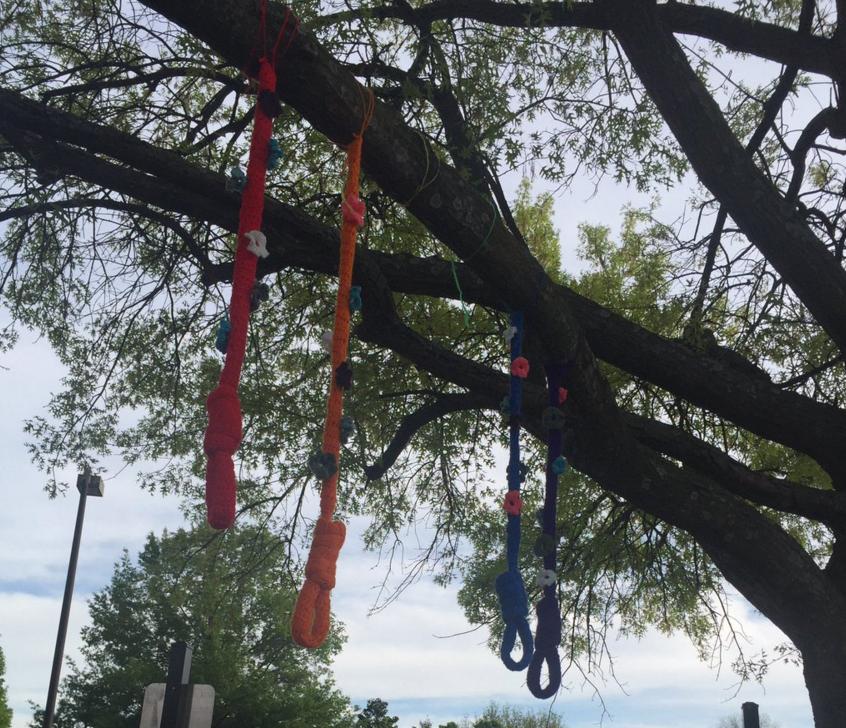 A “hurtful” art display found on a university campus has prompted administrators to discuss how to crack down on artistic expression in the future in order to avoid offending people. 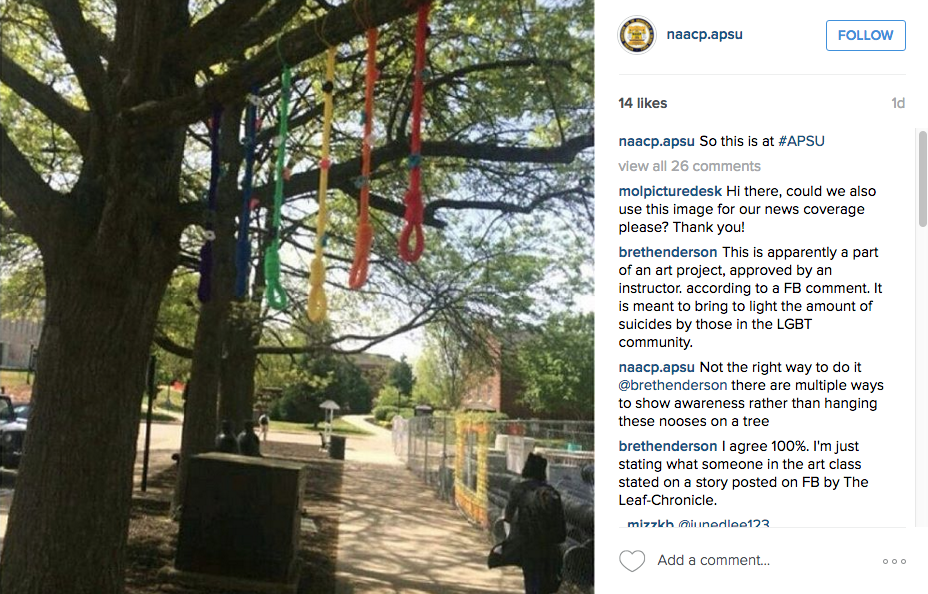 Another student chimed in on Twitter, “I don’t care what this is but it’s certainly not ‘art’[.]”

The university quickly issued a statement on Facebook condemning the nooses.

The university claims, “Upon finding the nooses, Austin Peay Police removed them out of concern of hate symbolism and its potential impact to the campus. The University is investigating the matter.”

The university's president, Alisa White, stated the display has “no place on our campus” “regardless of the intent.”

"This incident is deeply disturbing and is hurtful to our University community,” White’s statement reads. “Regardless of the intent, the display has no place on our campus. I am saddened, and I am sorry for the hurt and offense this has caused and want our students, faculty, and staff to know that it will not be tolerated.”

However, the Leaf-Chronicle reports the display was part of a sculpture class, and many on Facebook speculated the art display sought to bring attention to the suicide rate in the gay community.

But White and David Davenport, the school's diversity officer, held a forum on Tuesday to address the incident.

WKRN reports that during the forum, White said, “This is a lesson for everyone about sensitivity and respect for all people and how inclusive and understanding we need to be as a campus community.”

“While we support the freedom of expression on our campus, we also have to keep in mind that there are symbols that have very specific and negative meanings to everyone, especially if context is not provided,” White continued.

White also issued another apology, saying, “[W]e will learn from this and ensure something like this does not happen again.”

Despite White claiming certain symbols have “negative meanings to everyone,” White said the student responsible for the art display “was allegedly not aware of what the nooses meant.”

According to WKRN, the student said the display was meant to symbolize death and rebirth during spring. The student also reportedly said she “can’t apologize enough.”

Davenport said the school will now reevaluate its policies for art displays on campus in order to ensure an incident like this does not happen again.