Univ. of Illinois Stops Students From Planting 9/11 Memorial Flags; Back Down After Backlash

School officials at the University of Illinois at Urbana-Champaign finally backed down late yesterday after originally telling students they couldn't put up flags honoring the victims of 9/11 in the school's quad this Friday.

The College Republicans had submitted a request to plant a small temporary flag for each victim who died from the terrorist attack, 2,977 in total. When chapter president Chris Piper met with a campus official to get the memorial approved, he was told "No" because planting the flags would interfere with the "irrigation system," The College Fix reports. 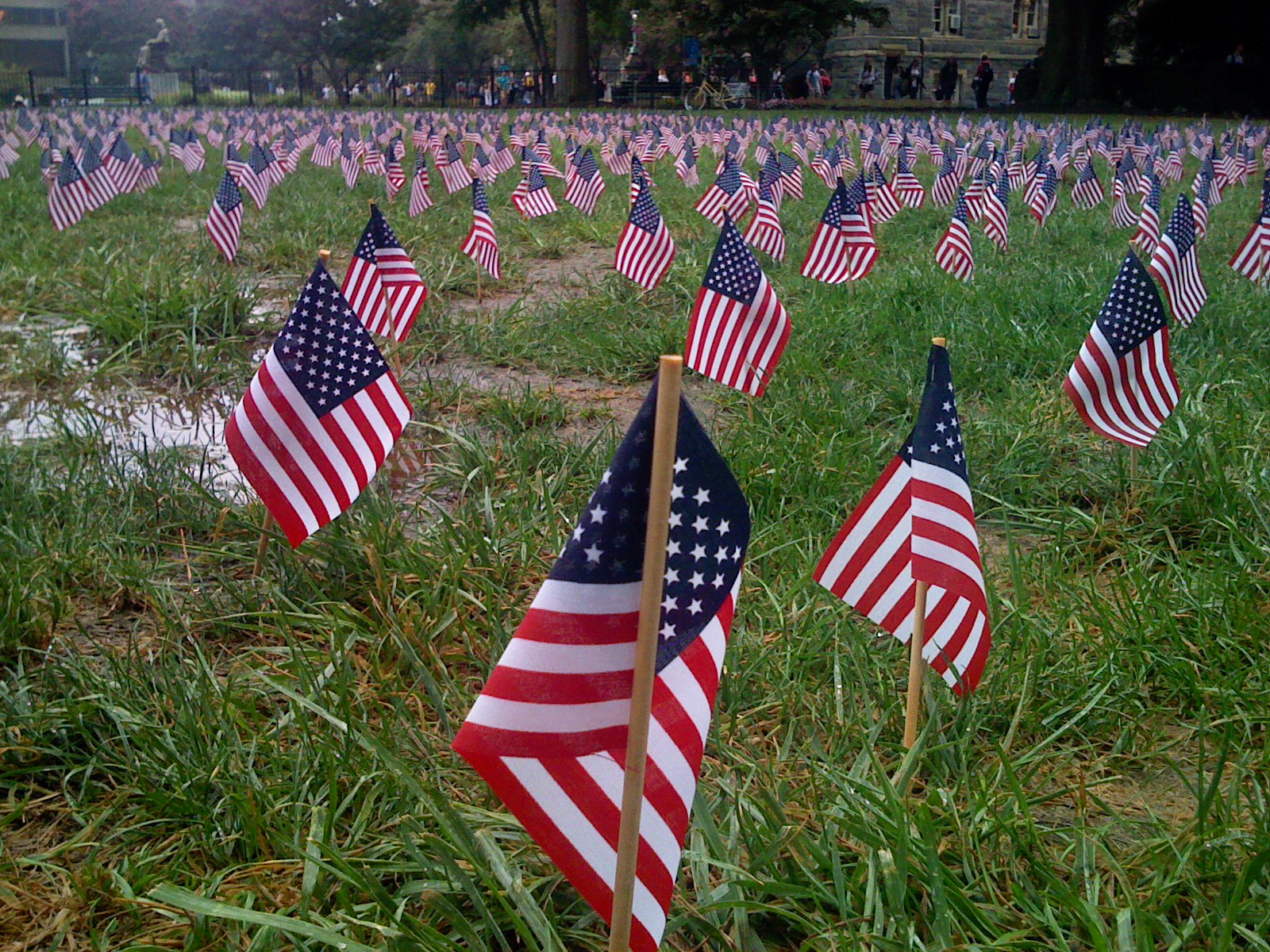 Instead, Assistant Director for Student Programs and Activities Dementro Powell told Piper that the group could stick flags into Styrofoam cups or "any other foundation" other than the ground.

Piper rejected this suggestion as it would come at "great cost and inconvenience" due to the large number of the flags. Furthermore, he told Powell that the group had planted the same flags in the lawn on September 11, 2012, without issue or damage. Piper asked the university official to explain why it was an issue now, in an email to Powell:

"I have a hard time seeing how this flags [sic] could cause damage to the irrigation system. Has the policy changed since then? Could you provide me with the exact policy?"

After the story got out via social media, the school was bombarded with emails and phone calls from students demanding group be allowed to carry out the memorial as they requested, according to Truth Revolt. Finally, late Wednesday night, the University backed down from their stance and agreed to let the students plant the flags in the quad, as long as they remained around the perimeter. 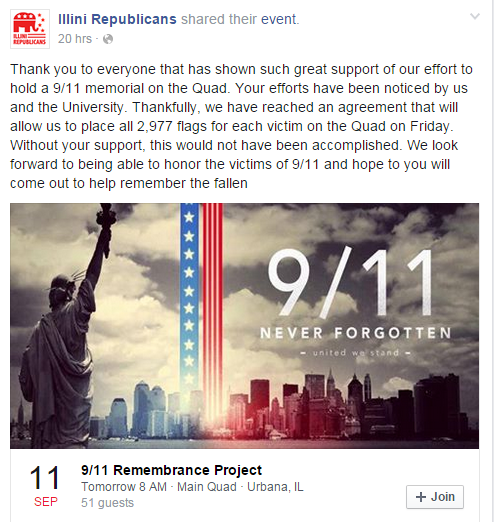