United Church of Christ: White People are Racist ‘No Matter What’

An infographic posted on the United Church of Christ’s Facebook page provides believers with “10 Ways You Can Actively Reject Your White Privilege.” 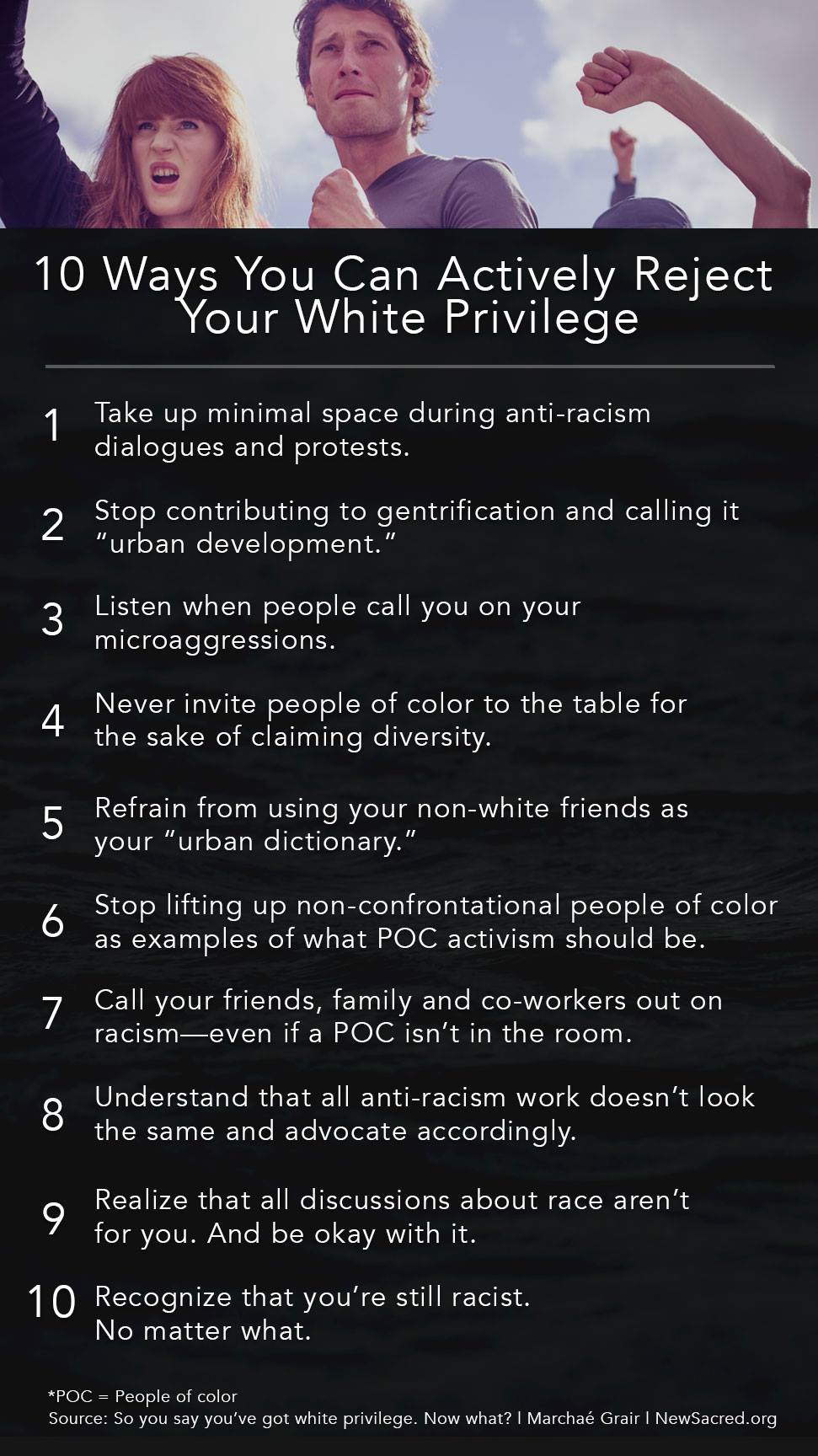 One of the ways the post alleges white people can “reject” their white privilege is by “recogniz[ing] that you’re still racist. No matter what.”

The blog post created to supplement the list explains, “White people always benefit from institutionalized racism, no matter how anti-racist your ideologies may be. You can’t disconnect yourself completely from the racism from which you benefit, and recognizing that is a large step in rejecting white privilege.”

Contradictorily, the post claims all white people are intrinsically racist because they can’t “disconnect” from racism, even if they try to “reject” their white privilege and believe in “anti-racist ideologies.”

Essentially, the United Church of Christ is claiming white people are born racist because of the color of their skin.

The Facebook post received a lot of negative comments, with many people arguing it is wrong to say all white people are naturally racist.

The social media associate for the United Church of Christ (and the author of the blog post), Marchaé Grair, took to Twitter to attack white people for their reactions to the post: 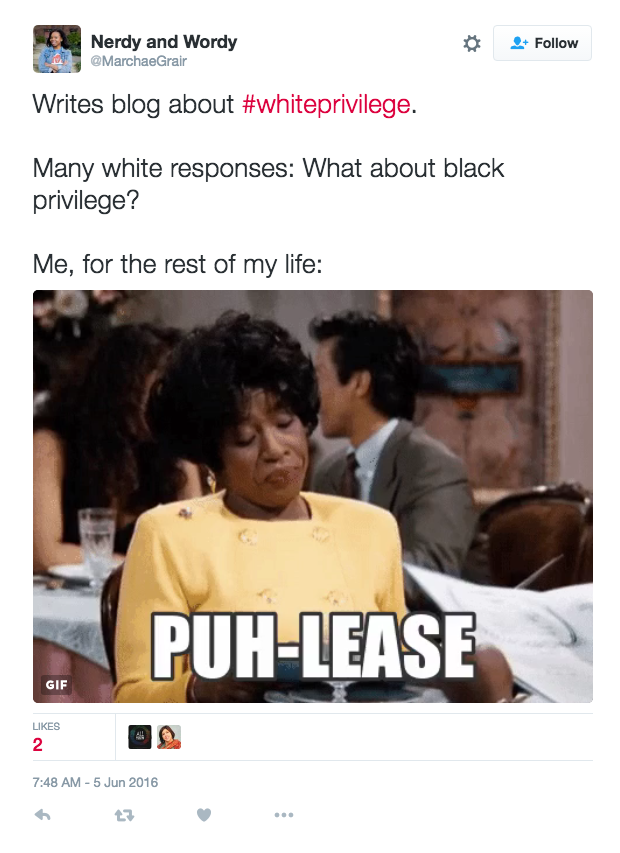 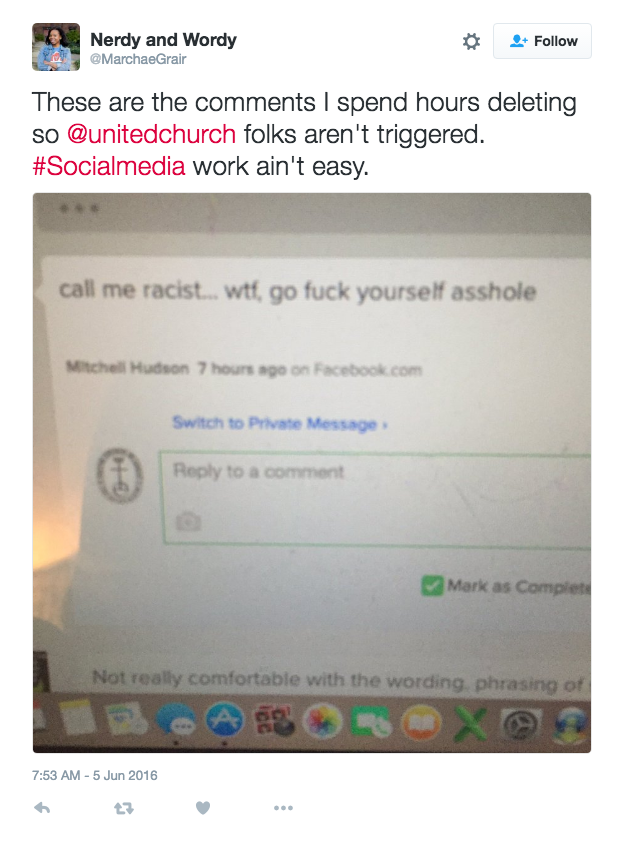 Grair also expressed her disdain for white men--who she calls “trolls”--by screencapping her asking Siri, “Why are white men so racist?” 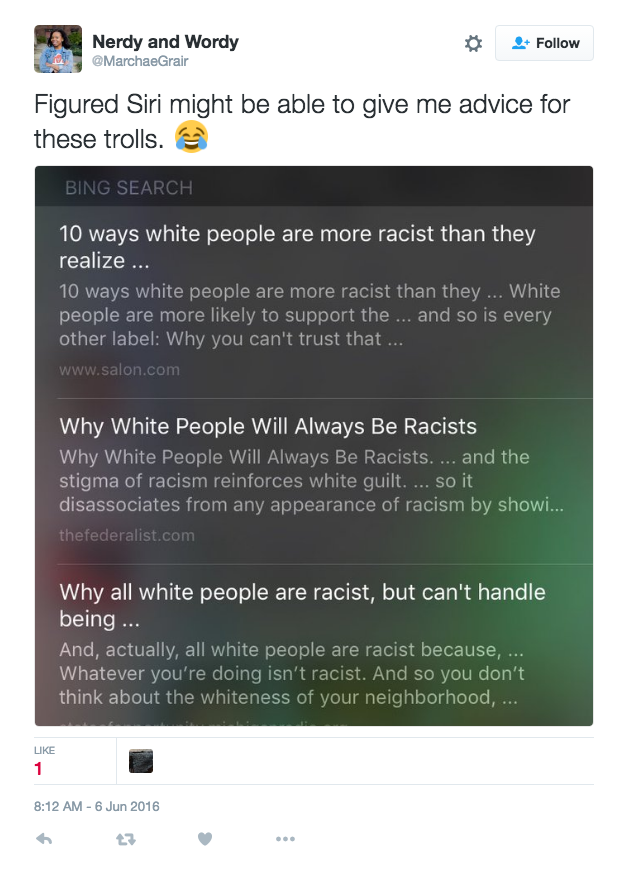 Apparently, not only did the United Church of Christ decide it's important to attack nearly 90 percent of its congregations in order to make a point about “white privilege,” but the social media assistant is not even interested in hearing the opinions of believers that happen to be white men.